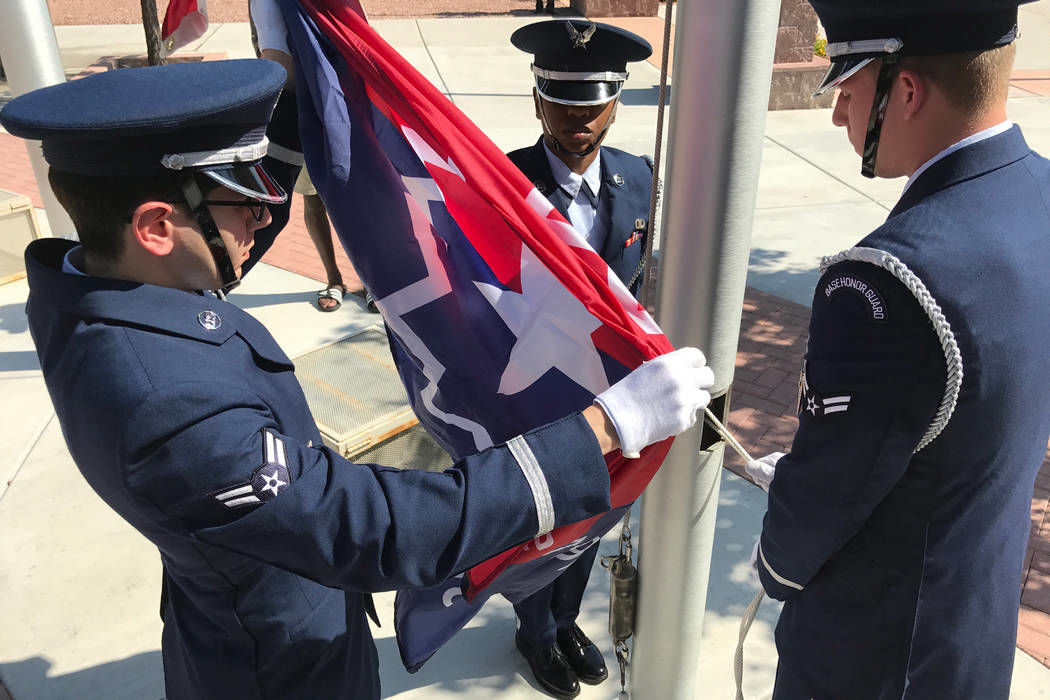 MADISON, Wis. (AP) — The Juneteenth flag celebrating the a day that commemorates the end of slavery in the U.S. will fly over the Wisconsin Capitol for the first time in state history, Gov. Tony Evers announced Wednesday.

The Juneteenth flag will fly over the Capitol’s east wing on Friday, replacing the rainbow gay pride flag for one day. That flag is up all month and flew for the first time in Wisconsin history last year. The U.S. flag and Wisconsin state flag will continue flying on the same flagpole above the Juneteenth flag. The POW-MIA flag will continue flying on a different flagpole as it does every day, Evers’ office said.

Juneteenth, which is also called Emancipation Day and Freedom Day, is celebrated on June 19. Wisconsin is one of 47 states and Washington, D.C., that recognize Juneteenth. Although it is a state holiday only in Texas, there is a movement nationally to bring more recognition to the day, including making it a holiday in more states and nationally.

The flag was created in 1997 by Ben Haith, the founder of the National Juneteenth Celebration Foundation. It was later revised in 2000 and 2007. The red, white and blue design with a star in the middle is meant to represent the history and freedom of American slaves and to declare that they, along with their descendants, are all Americans, according to the foundation’s website.

The flag is a “symbolic reminder of the injustices of our past, our current moment, and hope for our future,” Evers’ order calling for it to be flown said.

“As a state that sees some of the most disparate outcomes for Black Wisconsinites, it is as important as ever that we recognize and reflect on our history, celebrate Black resiliency, and move forward in solidarity and strength toward a more racially equitable and just society,” Evers said in a statement.

Lt. Gov. Mandela Barnes, Wisconsin’s first black lieutenant governor, said Juneteenth has particular significant this year in the middle of a movement for racial justice. George Floyd’s death last month after a Minneapolis officer pressed his knee into Floyd’s neck sparked protests across the country, including in Madison in and around the state Capitol.

Also Wednesday, 29 Democrats in the Wisconsin Assembly asked Evers to call a special legislative session starting Friday to enact changes to the criminal justice system, including to police use of force policies. The Legislative Black Caucus first made the request last week.