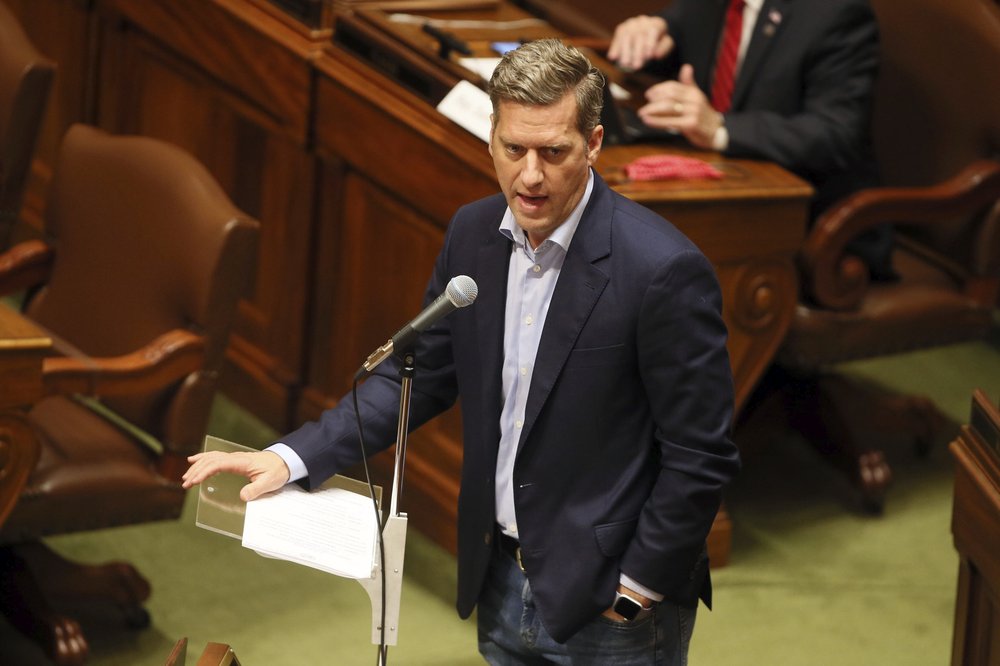 House Minority Leader Kurt Daudt, a Republican from Crown, said Saturday it is “important that the Legislature be involved in the decision-making process” about how to address the coronavirus pandemic.

“The Legislature is in session,” Daudt told the Star Tribune. “We believe we should be working with the governor on the response to COVID-19 and keeping Minnesota safe.”

Walz declared a “peacetime emergency” on March 13 aimed at stopping the spread of COVID-19. The declaration, set to end May 13, gave Walz the power to close schools and businesses. Last week, Walz extended Minnesota’s stay-at-home order to May 18, while loosening some restrictions on retailers to allow them to reopen for curbside pickup and deliveries starting Monday.

Walz and Democratic and Republican legislative leaders have said they want to pass a borrowing bill to create jobs through infrastructure projects. But they remain split on how much debt the state should take on. Walz has proposed a $2 billion public construction borrowing proposal that focuses on affordable housing, water quality, higher education and public safety.

Daudt said House Republicans say they won’t pass the borrowing bill unless Walz gives up his emergency powers, even though that would mean caucus members voting against major projects in their districts, Minnesota Public Radio News reported.

The Legislature adjourns May 18. Democrats control the House while Republicans hold a majority in the Senate, but the borrowing bill needs three-fifths approval for passage, meaning minority parties in both chambers must support it.

Senate Republicans have criticized Walz’s use of emergency power “without consultation at least from the Republicans in the Senate.” House Democrats have defeated GOP attempts to end Walz’s order.

Democratic House Speaker Melissa Hortman of Brooklyn Park expressed disappointment that Republicans could “threaten to block much-needed investments in local jobs and projects in our communities.”

“Governor Walz and his Administration have served the people of Minnesota well during this crisis, and his thoughtfulness is why Minnesotans overwhelmingly approve of his actions,” Hortman said in a statement. “Ending the peacetime emergency declaration before the emergency has passed would be reckless.”

Walz spokesman Teddy Tschann said the governor “is working with Minnesota lawmakers on both sides of the aisle, a bipartisan group of Midwest governors, and the White House to keep Minnesotans safe.”

The state reported 24 new coronavirus deaths on Sunday, bringing the death toll to 419. Those deaths include 338 people in long-term care or assisted living facilities. The number of confirmed coronavirus cases in Minnesota grew to 6,663, up 435 from the previous day.

For most people, the coronavirus causes mild or moderate symptoms, such as fever and cough that clear up in two to three weeks. For some, especially older adults and people with existing health problems, it can cause more severe illness, including pneumonia.