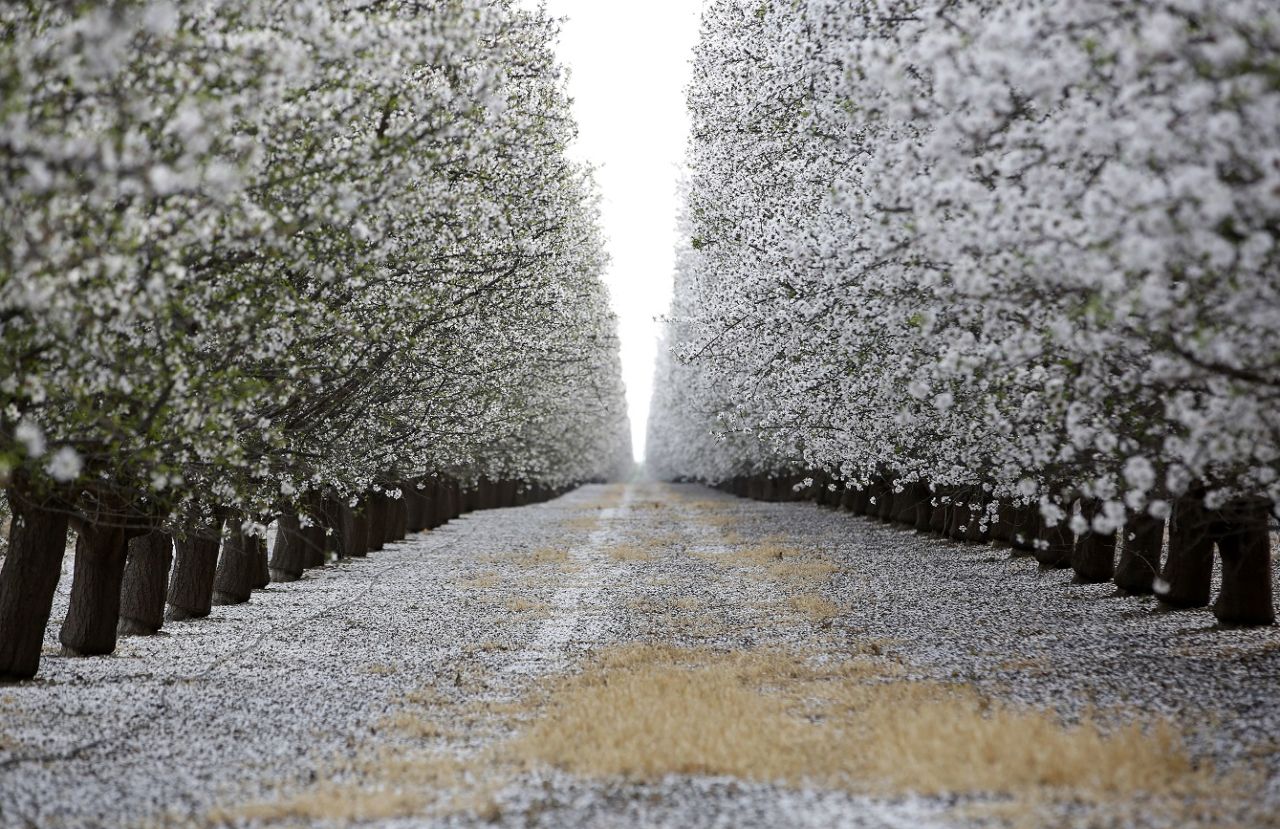 FILE - In this Feb. 25, 2016 file photo, blossoms cover an almond orchard near Firebaugh, Calif. India has imposed tariffs on almonds and over two dozen other products including apples and walnuts as retaliation for the Trump administration revoking India's preferential trade privileges. The tariffs took effect Sunday, June 16. (AP Photo/Rich Pedroncelli,File)

WILMINGTON, Del. (AP) — The manufacturer of a commonly used pesticide that has been linked to brain damage in children will stop making the chemical this year.

Corteva Inc. said Thursday that it will end production of chlorpyrifos by the end of this year. It cited shrinking demand and withering sales for the pesticide.

The Obama administration moved to ban chlorpyrifos after studies showed health dangers of the pesticide, but the Environmental Protection Agency (EPA) reversed the ban under the Trump Administration.

The decision comes after years of environmental backlash against the agricultural chemical, and moves to ban it in both California and New York.

California banned sales of chlorpyrifos beginning on Thursday after state regulators said it had been linked to health issues in children, including brain damage.

Chlorpyrifos is used on crops including citrus, cotton, grapes and almonds.

Corteva — which was spun off last year after DuPont’s merger with Dow Chemical — said demand for chlorpyrifos in the U.S. is less than 20% what it was at its peak nearly 30 years ago. The company said it was a business decision to end its production, and it reaffirmed that it believes the product is safe.

Farmers will be able to buy enough chlorpyrifos to use through the end of the year, Corteva said.

Environmental groups applauded the end of Corteva’s production of the chemical.

“This is a victory for our kids, farmworkers and rural communities nationwide,” Jennifer Sass, senior scientist at the Natural Resources Defense Council, said in a statement. “After years of pressure and increasing public concern, the end of chlorpyrifos is finally in sight.”