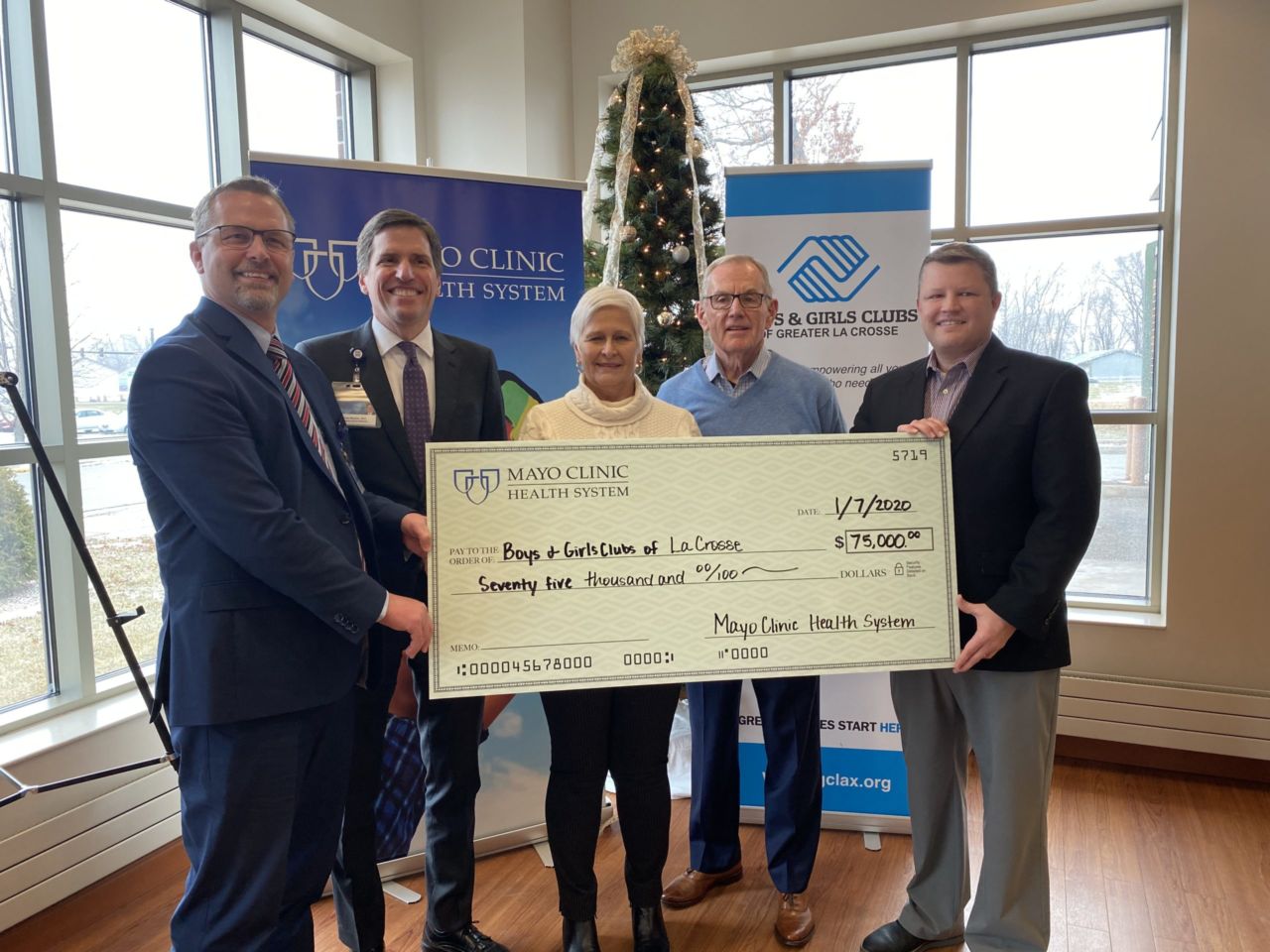 HOLMEN, Wis. — The Boys and Girls Club project in Holmen is another $75,000 closer to reaching its fund-raising goal.

Mayo Clinic Health System presented a check on Tuesday to the BGC, preparing to build a club in the old Festival Foods at Holmen Square.

Last month, the La Crosse Community Foundation gave $200,000 to the club, which will double as a new Holmen community center.

The fundraising drive is now within $1 million of its goal.

A groundbreaking will be held in April for the two new gymnasiums to be built onto the old supermarket.