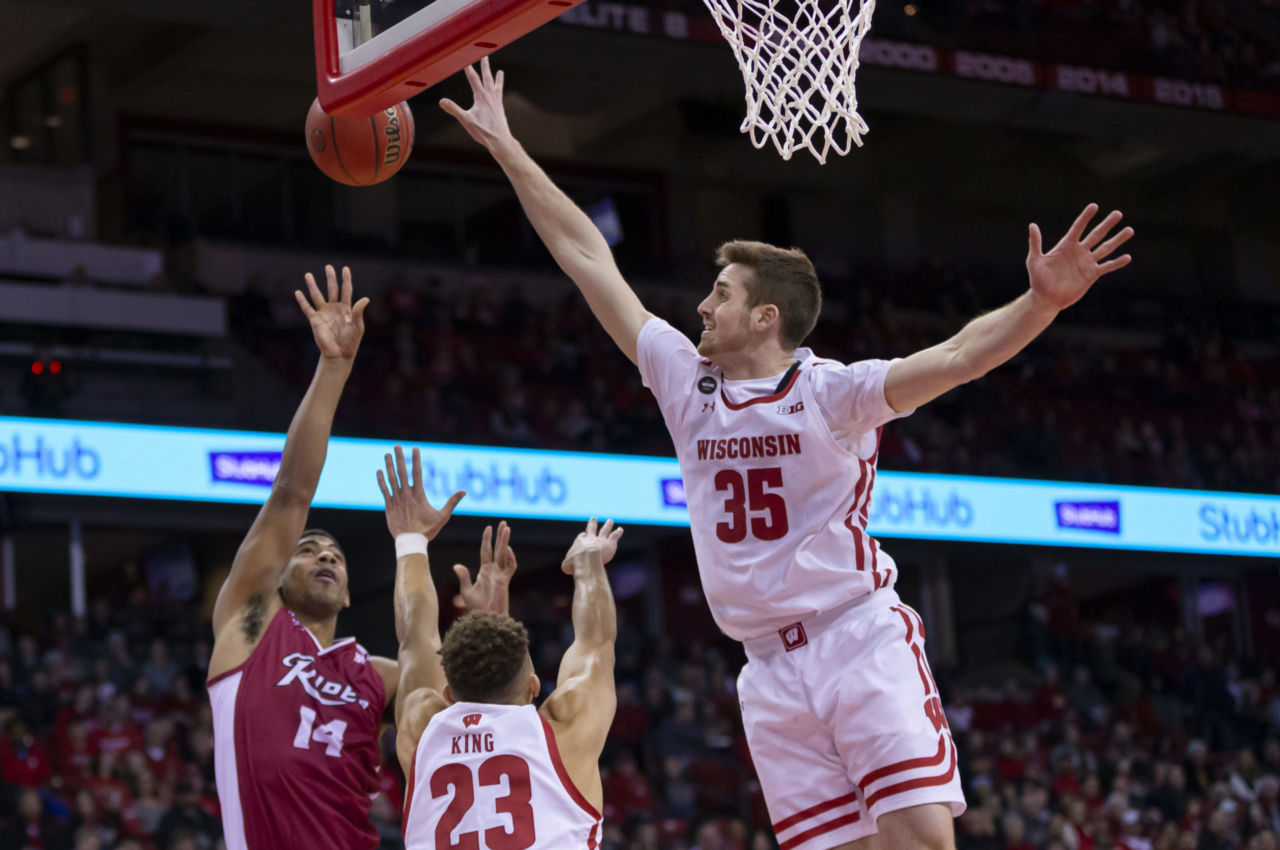 The redshirt sophomore was scoreless in 25 minutes, as the Badgers blew out Rider 65-37 on New Year’s Eve at the Kohl Center.

Just a few games ago, King was the Badgers’ leading scorer. The last three games, however, he’s a combined 2-for-9 from the field, with just four points, going scoreless in two of those contest.

Rider was Wisconsin’s final nonconference tuneup before Big Ten play kicks in full-time.
The Badgers head to No. 5 Ohio State on Friday.

The teams combined to shoot 2-for-22 over the first seven minutes of the game. Wisconsin did eventually find its shooting touch and Rider (7-4) did not.

The Broncs came into the game shooting 44% overall, including 32% from 3-point range.

The Badgers were up just 9-7 midway through the first half before Brad Davison knocked down three consecutive 3s to open the second half. Aleem Ford added a fourth, giving he Badgers more points in three minutes than Rider had in the first 20. That pushed Wisconsin’s lead to 34-16 as the game quickly got out of hand.

Ford finished with 14 points, while Brevin Pritzl and Davison each had 11.