Minnesota moves to get more electric vehicles on roads 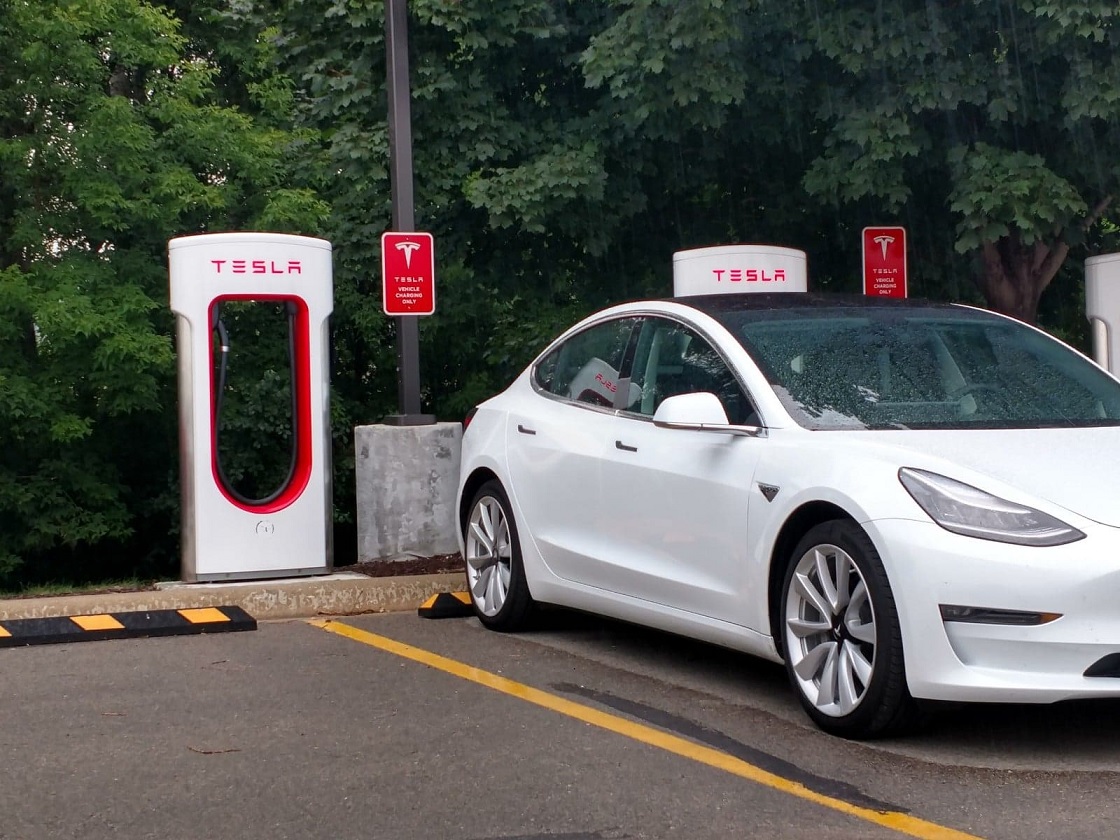 A Tesla electric vehicle, parked in front of a charging station at the Hy-Vee grocery store in Rochester, Minn. (PHOTO: Rick Solem)

The Democratic governor said the new clean car standards would reduce emissions that contribute to climate change while saving Minnesotans money at the gas pump. But he said people who want to buy and drive big pickup trucks and SUVs to suit their work needs or lifestyles will be free to continue doing so.

“If you want to drive your F-150 (pickup) to take your ice house out to the lake, continue to do that,” Walz said in a conference call with reporters. “But we’re going to also make sure that there’s ice on that lake in January.”

Walz and Laura Bishop, commissioner of the Minnesota Pollution Control Agency, said the department next month will start an 18-month rulemaking process to require manufacturers to offer more hybrid and fully electric vehicles in the state, with a goal of adopting the final rule in December 2020. Walz said Minnesotans now have a choice of about 19 hybrid or electric vehicles, compared with about 43 in 13 other states that have adopted similar low- and zero emission vehicle standards.

“It doesn’t dictate to what people will buy,” Walz said. “The market will determine this. And right now the market is working in these 13 other states.”

The plan essentially would follow California’s standards, which are more stringent than the federal regulations. Walz said Minnesota would be the first Midwest state to take this step, joining states including Pennsylvania, Maine and Colorado. Walz said the plan does not need approval from the Legislature.

Under the proposed low emission vehicle standard, affecting hybrids, each manufacturer would have to meet fleet-wide standards based on their vehicle mix, reducing average car emissions by an annual 5% through model year 2025. The proposed separate standard for zero emission vehicles, which are fully electric, would require manufacturers to deliver an increasing volume of them annually.

The governor and commissioner did not offer estimates on how the requirements might affect vehicle prices in Minnesota.

Bishop, who drives an electric vehicle, said the charging stations necessary to support them already exist in much of Minnesota and the number is growing, with increasing interest from communities across the state. Walz said rural electric co-ops and hotels see them as a growth opportunity.

Minnesota has already joined 22 other states in a lawsuit filed Friday that seeks to uphold states’ rights to set their own car emission standards. Walz called the Trump administration’s move reckless, backward-looking and illegal, and he predicted the effort to roll back that authority will fail.

“They will not win in court,” he said. “It is a blatant push. The only people happy about the decision that they made were the oil companies.”