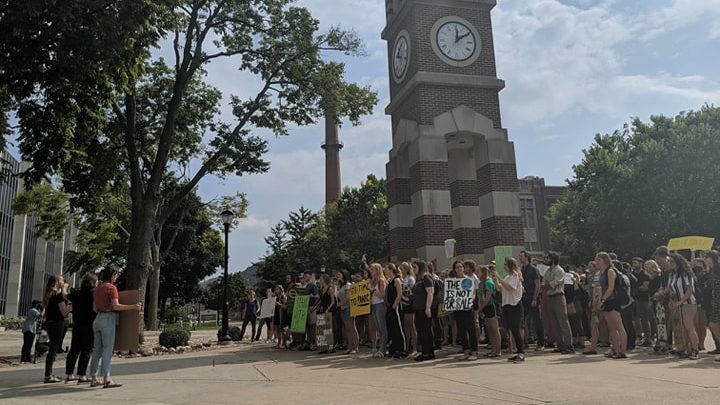 Dozens of students at UW-La Crosse joined a global climate strike Friday. For 11 minutes on Friday, students read their fears for global climate change. UW-La Crosse student Josie Talbert said it represented the 11-year time constraint the world has to limit the effects of a climate catastrophe.

“I think one of the biggest things is getting people involved in stuff like this and actively participating in activism and finding that in your community, which is sometimes difficult,” Talbert said.

Fellow organizer of the event Megan Hickinbotham, hoped the worldwide effort would catch the attention of political and corporate leaders who can make changes.