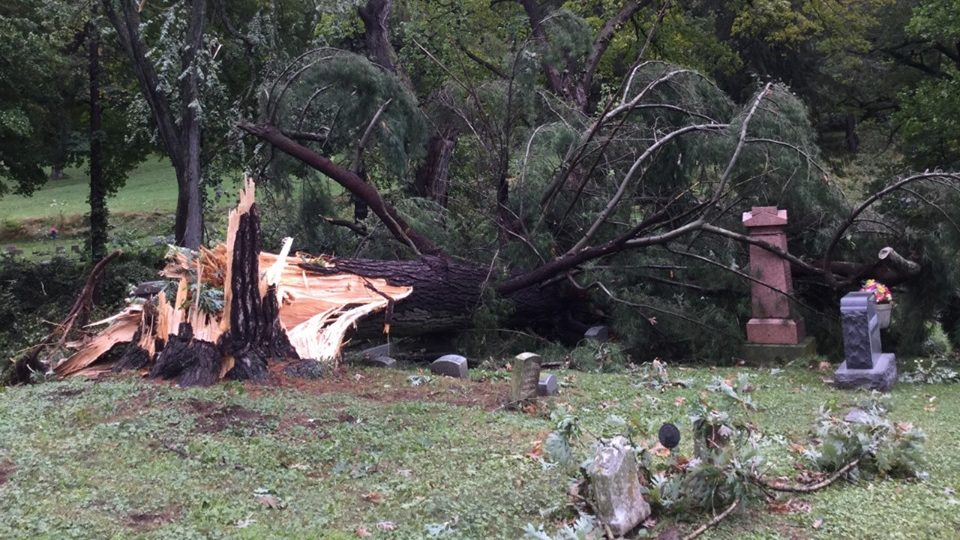 The National Weather Service confirmed an EF1 tornado touched down around 6:22 a.m. The service predicted peak winds reached 95 miles an hour. The tornado traveled 0.2 miles and hit a maximum width of 80 yards.

“There actually was a severe thunderstorm warning off to the west, but the environment really wasn’t conducive for producing those longer-tracked tornadoes,” Clint Aegerter, meteorologist, said. “It just barely came together long enough to produce the tornado that ended up lasting about a minute.”

The tornado damaged trees, which then fell on a building and headstones. The National Weather Service said there was other tree and power-line damage reported in Winona but concluded it was the result of high wind.

“Damage with a tornado is a little bit more chaotic I guess you could say, whereas straight-line wind damage is all just kind of lined out in one line and kind of more organized,” Aegerter said.

In response to questions on social media, the National Weather Service said no tornado warning was issued because the rotation on radar was weak.

The National Weather Service did not hear of any damage until an hour after the event.