Remembering the historic flood of August 2007 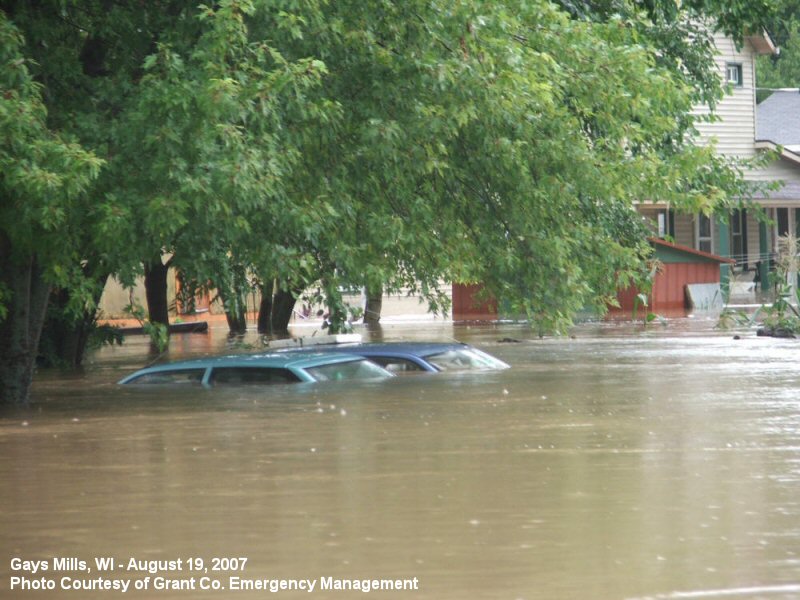 It was this week 12 years ago that areas of the Midwest were flooded by up to 17 inches of rain.

Outgoing La Crosse County Emergency Management Coordinator Keith Butler said in his years of service, he has noticed a changing trend in the weather. He said before 2007, most of their flooding events were because of rising waters from creeks, streams or the Mississippi River, giving them more time to respond to emergencies or evacuate homes than flash-flooding incidents.

“It’s never ending,” Butler said. “What used to be a 3-inch rainfall was unthinkable. Now, 6- to even 15-inch rainfall events have become the new norm for us.”

Butler said the weather patterns forced change in emergency monitoring as they were forced into more urgent, swift-water rescue responses.

“It has changed our emergency planning,” Butler said. “We are no longer just concerned about monitoring for winter snowmelt and that kind of thing, but to now be aggressively engaged every time there are severe thunderstorms in our forecast because we know there is potential for flash-flooding for every one of them now.”

While Butler said there is not a reason to cause a panic, he noted the La Crosse area already saw flooding in March from severe snowmelt and faced flash-flooding in July. He said the biggest three months of concern for flooding are July, August, and September.

“We survived every one of these. We will get stronger, and we will learn from them,” Butler said. “We just need to be mindful when a series of storms are heading our way, start watching out because the flash-flooding occurs so rapidly, if you aren’t already prepared, if you don’t already have your exit route, if you don’t have all of your family home plan ready to execute, you could be in big trouble.”

The National Weather Service said the flooding of 2007 was likely caused by a stalled frontal boundary that acted as the focus for the continuous redevelopment of showers and thunderstorms throughout the weekend. The nature of the storms caused heavy rain to persist hour after hour across southeast Minnesota into southwest Wisconsin.