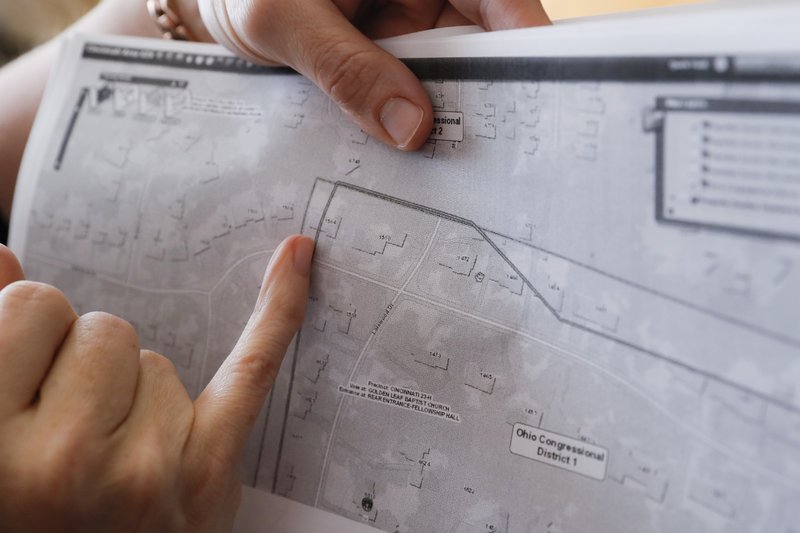 The bill has three Republican co-sponsors but the measure has almost no chance of becoming law.

The measure faces major obstacles given that the GOP controls both the state Senate and Assembly.

The Legislature currently draws district boundaries after every U.S. census to reflect population changes and the governor approves them. Then-Gov. Scott Walker signed off on lines Republicans drew in 2011 to consolidate their supporters and spread out Democratic voters. The move reduced the number of competitive districts to a handful, helping Republicans maintain control of both the Assembly and Senate for the last eight years.

Democratic voters filed a federal lawsuit in 2015 alleging the boundaries were unconstitutional. The lawsuit died in June after the U.S. Supreme Court ruled that gerrymandering claims don’t belong in federal court.

Sen. Dave Hansen and Rep. Robyn Vining introduced a bill a week before the ruling that would require the nonpartisan Legislature Reference Bureau to draw the boundaries with oversight from a five-person commission. Legislative leaders would appoint four commission members; those members would choose a fifth person to serve as chair.

Three Assembly Republicans — Todd Novak, Joel Kitchens and Travis Tranel, all of whom represent districts that are still competitive __ have signed on as co-sponsors.

Hansen and Vining held a news conference Tuesday to tout the bill and thank the three Republicans for signing on. They urged supporters to contact Republican lawmakers and demand a hearing. They said the Supreme Court ruling has helped highlight how political power hinges on redistricting.

“We can no longer count on anyone else to do it for us. If we want fair and competitive elections we must all do the work,” Hansen said. “We now have what we truly can call a bipartisan bill. The time is right. The time is now.”

The event was more rally than news conference, with supporters cheering and whistling. Novak, Kitchens and Tranel didn’t attend. Hansen said “everyone was invited.”

Tranel aide Jeff Curry said Tranel wasn’t invited to participate in any news conference Tuesday and was at a legislative summit in Canada. Novak said he wasn’t invited and that he’s supported nonpartisan redistricting reform since his first Assembly run in 2014. Kitchens aide Paulette Kozar said Kitchens was in his district on Tuesday and wasn’t aware of any news conference.

Regardless of the three Republicans’ support, the measure faces major obstacles in the GOP-dominated Legislature.

Assembly Speaker Robin Vos said the Legislature and governor shouldn’t hand over their duty to draw the maps to “an unelected, unaccountable board of bureaucrats appointed by politicians.” He rejected the idea that the Republican-drawn districts have protected GOP legislators, saying his party simply offers better candidates.

Assembly Republicans and the state Elections Commission, defendants in the redistricting lawsuit, filed invoices Monday demanding $64,351 in legal fees from the Democratic voters who filed the lawsuit. The voters have argued they owe nothing since the case was never decided on the merits.

Democrats had a chance to change the redistricting process in 2009 and 2010 when they had complete control of the Legislature and Democratic Gov. Jim Doyle was in office. Mike Sheridan, then the Assembly speaker, and Russ Decker, then the Senate majority leader, chose to keep the status quo. Both lost their seats in a Republican wave in November 2010.

Hansen has introduced a bill to revise the redistricting process every session since then. Democratic Sen. Jeff Smith, who was in the Assembly while Sheridan was speaker, acknowledged during the news conference that his party should have done something then.