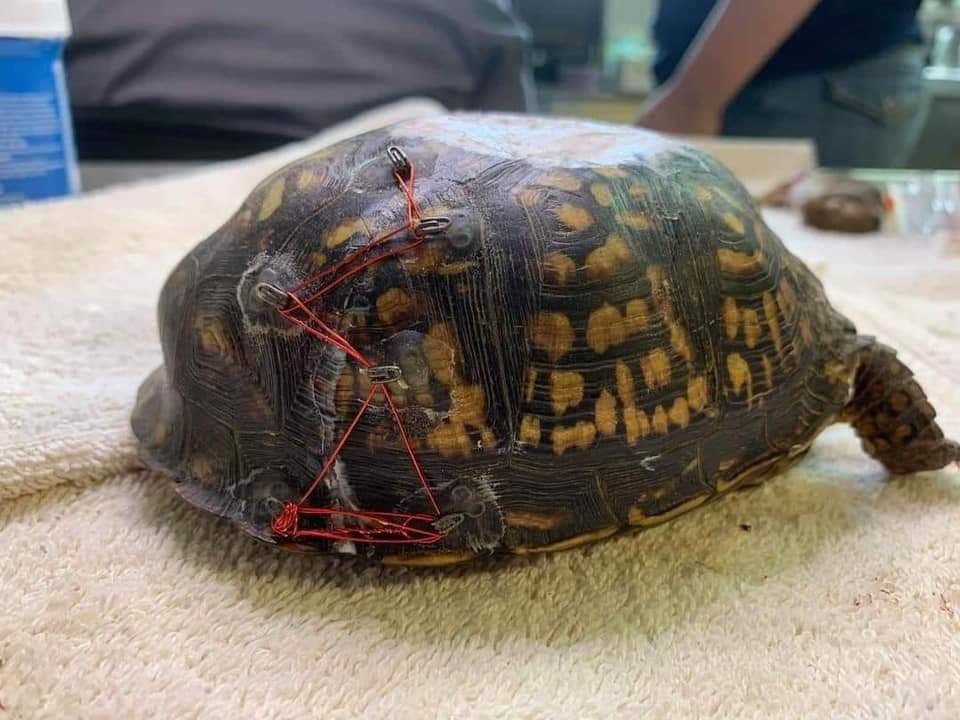 INDIAN TRAIL, N.C. (AP) — A North Carolina animal rescue group is appealing to women not to throw out their old bras, but instead to send them to their agency to help turtles with broken shells.

Carolina Waterfowl Rescue is asking women through social media to remove the eye closures from the fasteners and mail them in. Rescue group worker Keenan Freitas says the eye closures basically help wire the turtle shell back together.

The group has been getting an overwhelming response from the request, and is also asking for other items:

They’re also in need of Marine-Tex epoxy and Loctite Epoxy.

The nonprofit has been seeing as many as 40 turtles a week during the past month. It says many of them have been run over by cars, lawnmowers and boats.

An animal rehabilitation group in Iowa originally had the idea, saying it uses the fasteners along with small zip ties to help the turtles heal their broken shells.