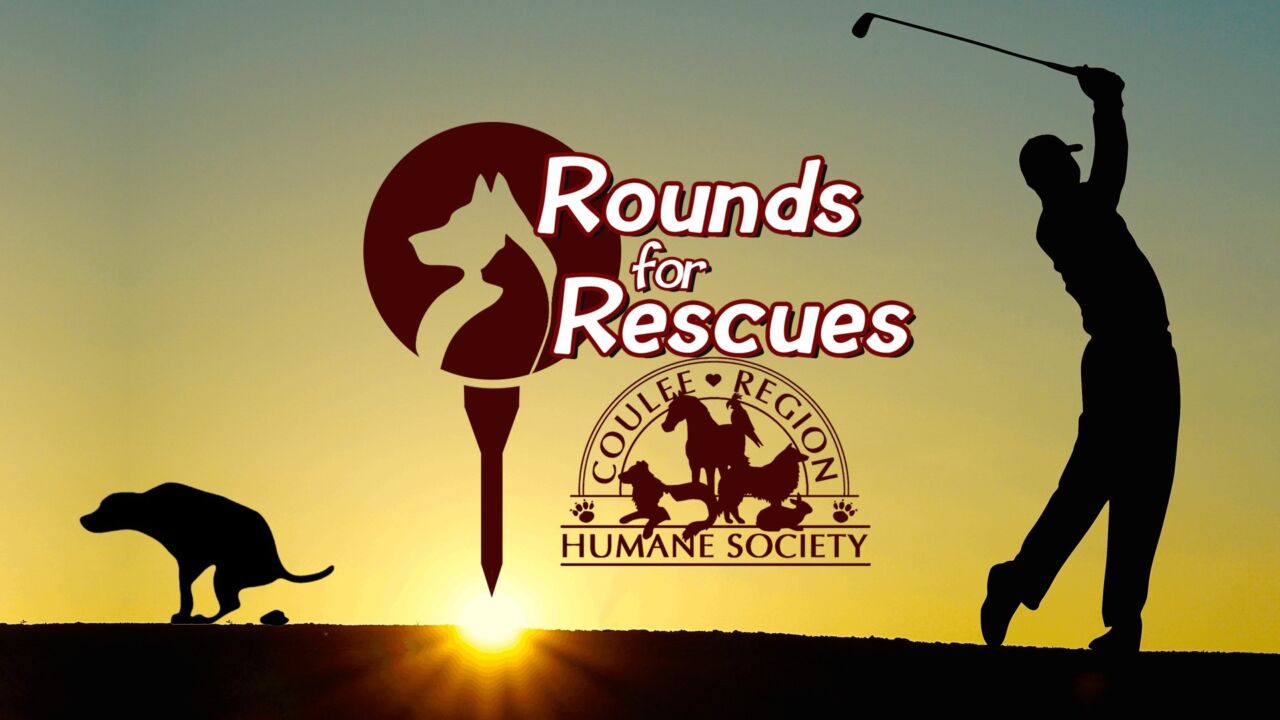 What might, however, be the highlight of Rounds For Rescues next Friday at Fox Hollow Golf Course, are the pups.

Heather Drievold, the Coulee Region Humane Society executive director said, did say no to taking the pups with you golfing at the fundraiser. But mainly because Fox Hollow wouldn’t appreciate the extra Number 2s in the rough.

But, yes, you’ll be able to get all the pets in that you want, otherwise.

“Yeah, we’ll have our pet therapy teams there, so when you get there in the morning, they’ll be there to greet you,” Drievold said. “They’ll be there hanging out when you guys wrap up. They’re always a great joy to have around — love, love, love being in people’s eyes, those puppies.”

This is the second year Drievold is running Rounds for Rescues. She dropped in, Wednesday, to La Crosse Talk PM and talked about how the fundraiser will help out the Coulee Region Humane Society, which is caring for 220 animals right now.

She also shared some of the weirder stories they’ve experienced over there, including having to go get an emu that was on the loose. No, not the emu running around a dentist’s office in West Salem — though they had to get that one, too (that conversation is here).

“There was another time, but it is a different location, that we took in an emu running loose in the city of Onalaska,” Drievold said. “And it actually was wearing a pink collar. We found the owner and they had a pink leash to match and reclaimed it.”

Drievold added that person was not casually walking their emu, however.

Another story she told must have had to do with some college students smuggling potbelly pigs into the dorms.

“We had the cutest ever potbelly pigs,” she said. “One of them was running down the hallway at UW-L. That was fun and interesting.”

Of those 220 animals they’re caring for right now, most are cats. Some dogs. A few guinea pigs. And one goldfish. There’s always that lone animal that’s just a little out of the ordinary.

Sure, a goldfish is one thing. But, not long ago, Drievold said they did have someone turn in a baby brown anole — otherwise known as a lizard (Wiki link)— that was found in a garage.

An animal that she ended up taking, using her kids as an excuse because “they always wanted a lizard,” but her impression of the anole seems to give away who actually wanted it.

“They knew it wasn’t native to the area, brought it to us and,” Drievold said, “I did go ahead and adopt that one. It was about the cutest thing I’d ever seen.”

Along with signing up for Round For Rescues, Drievold added they’re really in need of foster care help right now, including momma cats with their kittens. Something that, she noted, won’t be too difficult.

“As long as you take care of mom, she usually does really well in taking care of her babies,” Drievold said. “We provide all the medical care and all the supplies you would need to be a part of that program.”

And while there will be pet therapy teams all day at Fox Hollow for Rounds for Rescues, Drievold added that they’re always looking for more human and animal volunteers. To learn more about how to get involved in that, click here.