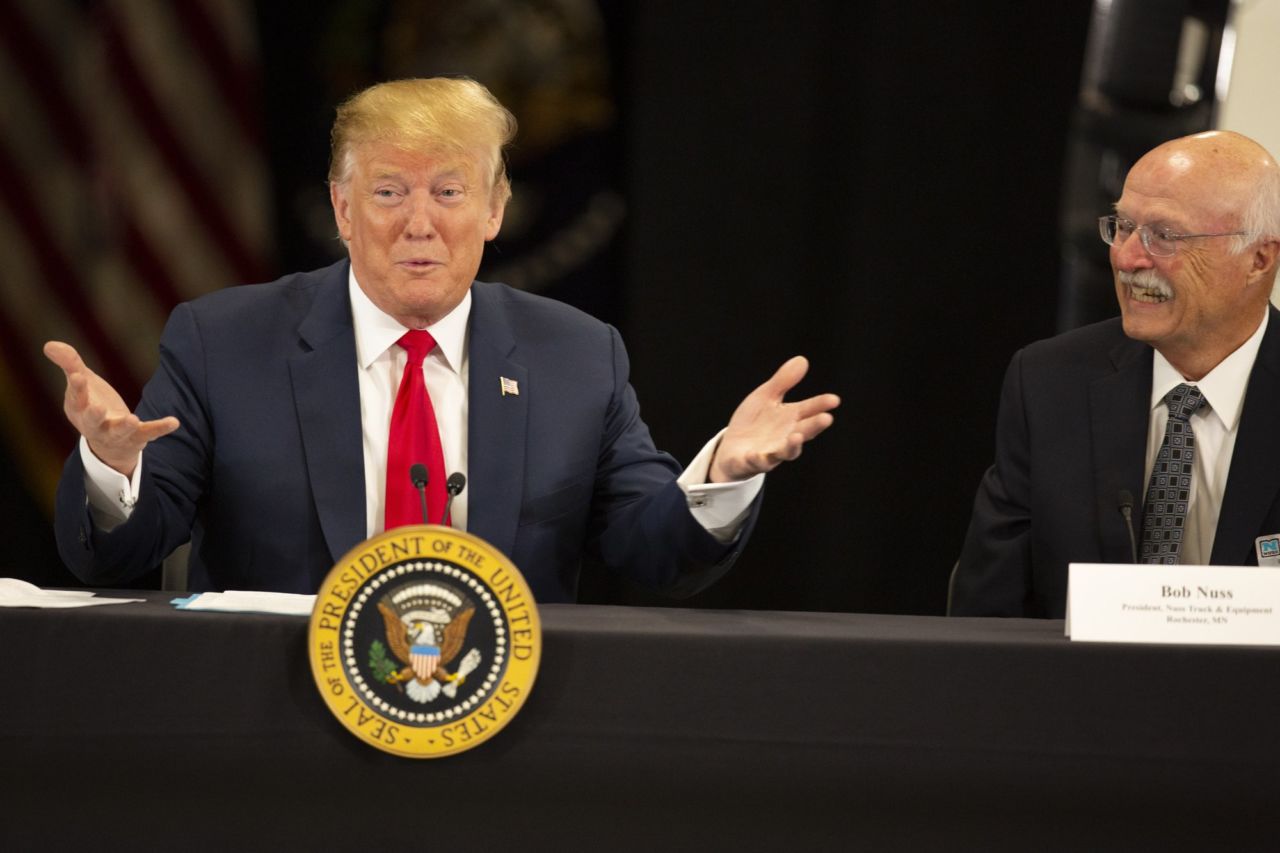 WASHINGTON (AP) — President Donald Trump brushed aside the grisly killing of Washington Post columnist Jamal Khashoggi, saying his death has already been investigated and a Saudi pledge to spend billions of dollars on U.S. military equipment “means something to me.”

He spoke just days after an independent U.N. report revealed new details of the Saudi journalist’s death and apparent dismemberment at the hands of Saudi agents. It said there was “credible evidence” that warranted further investigation into the possible involvement of Saudi Crown Prince Mohammed bin Salman and called for an FBI investigation.

Trump, in an interview on NBC’s “Meet the Press,” said the subject of Khashoggi “didn’t come up” when he and Salman spoke on Thursday, the day after the report was released.

The president said the Middle East is a “vicious, hostile place” and that Iran and other countries in the region are also guilty of the type of behavior Saudi Arabia has been accused of engaging in. He said the slaying of Khashoggi has already been “heavily investigated.”

U.S. intelligence agencies previously had concluded that the crown prince ordered that Khashoggi be killed when he went to the Saudi consulate in Istanbul, Turkey, on Oct. 2 to pick up documents to marry his Turkish fiancee.

Khashoggi, who had been living in the U.S., criticized the Saudi royal family in his writings.

In the wide-ranging interview, which was taped Friday and broadcast Sunday, he stressed the economic benefits of selling arms to the Saudis.

“Saudi Arabia is a big buyer of (American) product. That means something to me. It’s a big producer of jobs,” the president said.

Trump said he’s “not like a fool” that will refuse to do business with the U.S. ally, arguing that the kingdom will turn to U.S. rivals China and Russia if Washington refuses to sell arms to the Saudis.

The Senate voted last week to block the Trump administration from selling arms to Saudi Arabia. Trump has promised to veto the measure.