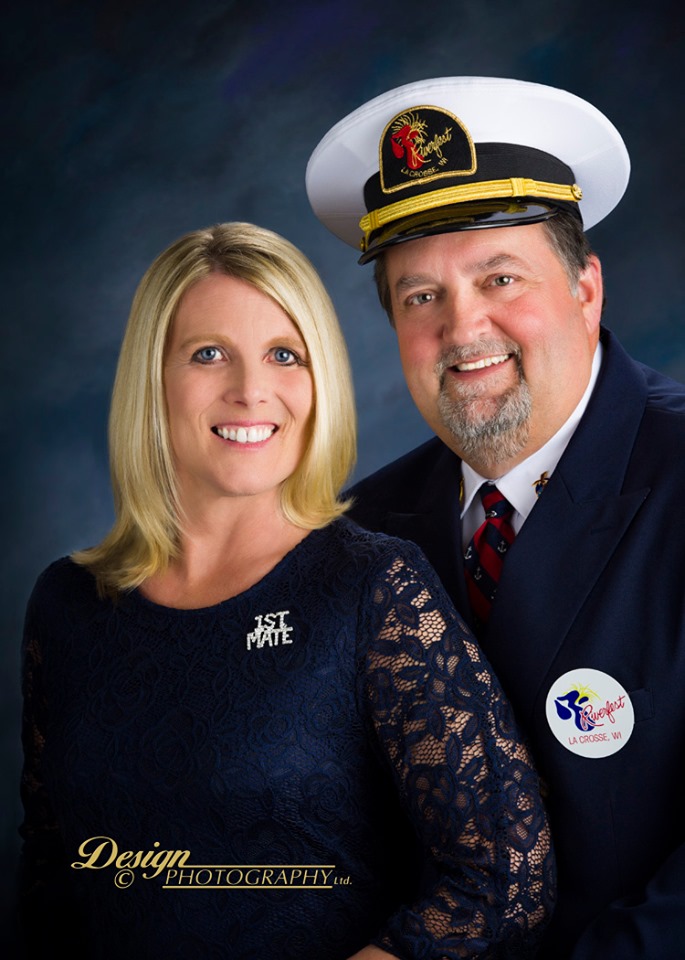 He used to be part of a ‘Blues Brothers’ act in the La Crosse area.

Now, Bill LaRue is wearing the blue blazer of a Riverfest Commodore.

LaRue and his wife Tari will preside over the 2019 Riverfest in La Crosse, from July 3rd through 6th.

Besides playing a Blues Brother, LaRue worked as a dance DJ years ago, but is now employed at E.O. Johnson.

Bill and Tari were informed of the Riverfest honor in January, and Bill says the surprise was sprung on him at what he thought would be a meeting about Rotary Club activities.

“All of a sudden, in comes this parade of gentlemen, and I’m like ‘There’s a common theme here, I know all these guys'” LaRue says, as he recognized some past Commodores.

Bill LaRue is a past president of Rotary East, and works at E.O. Johnson, and Tari is active at the Prince of Peace Lutheran Church.