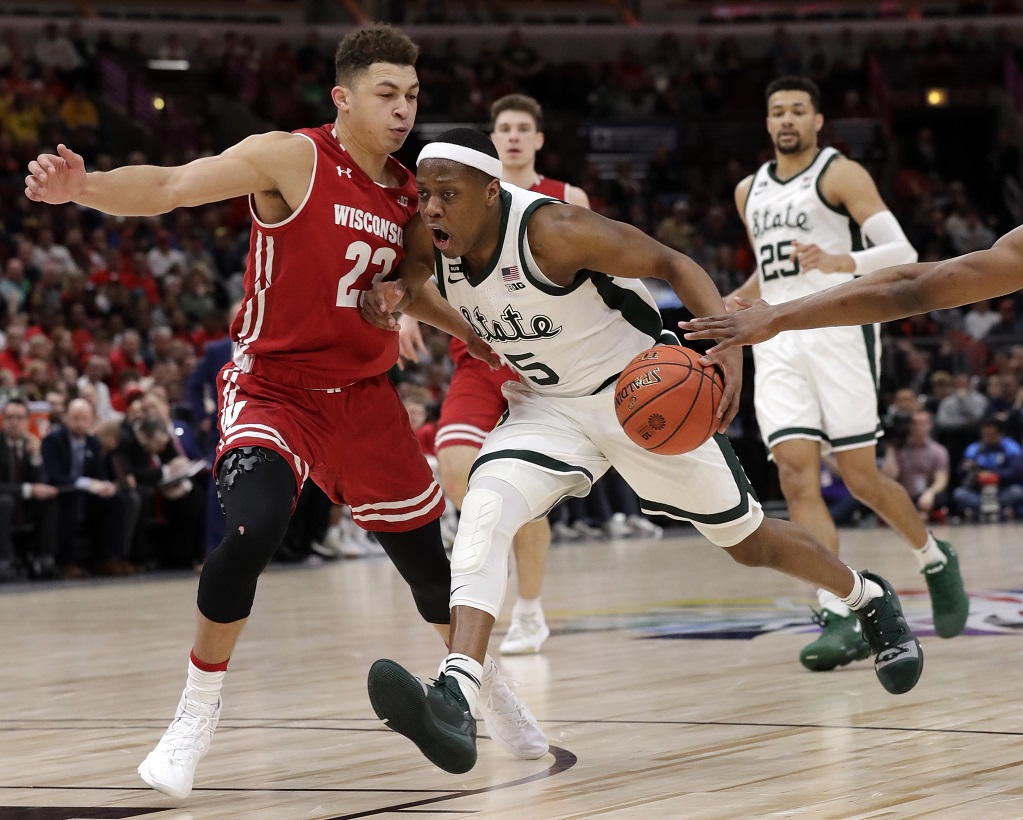 The NCAA Tournament somehow seems to be getting better every year, almost as if each bracket is extending from the previous one.

Last year was one of the maddest of Marches, starting with Maryland-Baltimore County becoming the first No. 16 seed to beat a 1 — poor Virginia — to Loyola-Chicago taking Sister Jean all the way to the Final Four.

Surely it can’t get any better, right? Don’t bet against it.

To get you ready for what’s sure to be another memorable March — well, after the first two First Four games — we’ve got a rundown of some things to look for:

Duke. No. 1 overall seed is knocking down its 3s, everyone else could be playing for second.

Virginia. Still plays great D, has a guy named Guy who’s a star and redemption on its mind after last year’s early flameout.

North Carolina. Ol’ Roy has the type of team that could win another national title.

Gonzaga. The Zags may have more talent than the national title-game team of two years ago. They also have Killian Tillie back.

Markus Howard, Marquette. Like points? He’s got a lot of ’em. Had 53 in one game this season, 40 in one half of another.

Rui Hachimura, Gonzaga. Watched the 2017 national title game from the bench. Could be cutting down the nets this year.

Ja Morant, Murray State. Ya, Ja is going to dunk on someone no matter how long the Racers are in the bracket. Book it.

Grant Williams, Tennessee. Was the SEC player of the year in 2018, expanded his game this season.

Louisville vs. Minnesota, East Region. Sure, the NCAA Tournament selection committee didn’t purposely match Richard Pitino against the school that fired his dad.

Oregon vs. Wisconsin, South Region. If you like low-scoring games, this one’s for you. First one to 50 wins.

Buffalo vs. Arizona State. The Sun Devils still have to get past St. John’s in the First Four, but Bulls coach Nate Oats facing Bobby Hurley, his former boss, will be fun. Well, maybe not for them.

Syracuse vs. Baylor, West Region. The Orange’s zone is tough to decipher. The Bears can hang with anyone.

Buffalo. The Bulls pulled off an upset after beating Arizona in the NCAA Tournament a year ago. Pretty much everyone is back.

Murray State. Any team with Ja Morant has a chance to make a deep run.

UC Irvine. The Anteaters not only have the best nickname in the bracket, they play superb defense and have won 16 straight games.

Saint Mary’s. The Gaels knocked off Gonzaga in the WCC title game. All you need to know.

Belmont. The Bruins (finally) have one NCAA Tournament win under their belt. They have the tools to earn some more.

Fletcher Magee, Wofford. Being on balance means nothing to Magee. He can hit 3s from a unicycle.

Dylan Windler, Belmont. Beat you off the dribble, beat you from the arc, rebounds, too.

Sam Merril, Utah State. Mountain West Conference player of the year is a huge reason the Aggies are in the bracket.

CJ Massinburg, Buffalo. Points, rebounds, assists, steals — he does it all.

Miye Oni, Yale. Former DIII recruit has turned himself into an NBA prospect.