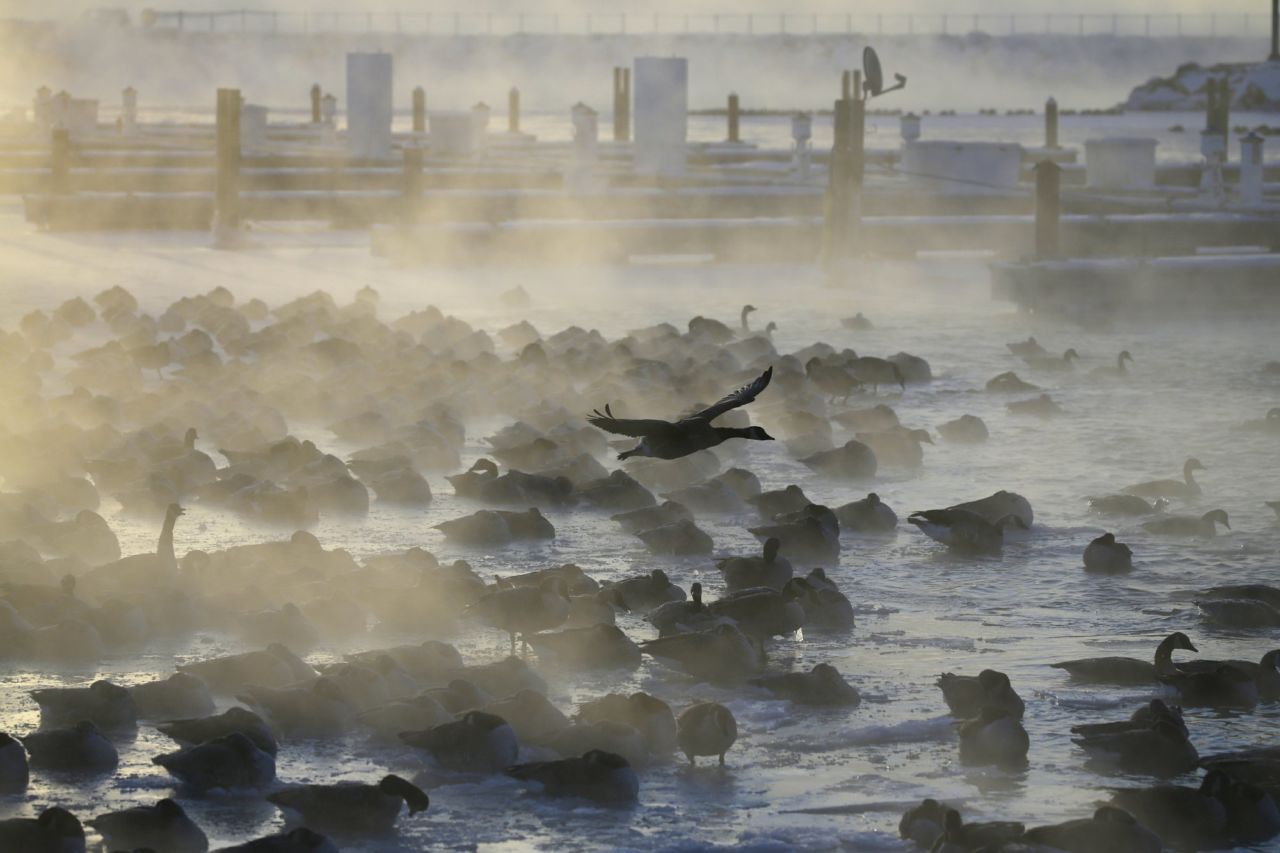 Geese huddle in the water as the sun rises at the harbor in Port Washington, Wis., on Wednesday, Jan. 30, 2019. A deadly arctic deep freeze enveloped the Midwest with record-breaking temperatures. (AP Photo/Jeffrey Phelps)

A northern Indiana sheriff said a zebra has died at a farm due to the extreme cold gripping the region.

The zebra was found dead Wednesday morning at a farm outside Delphi, (65 miles northwest of Indianapolis), according to Carroll County Sheriff Tobe Leazenby. He added a second zebra there survived.

Leazenby says his department is investigating the incident further.

The farm also has kangaroos but they’re inside a shelter.