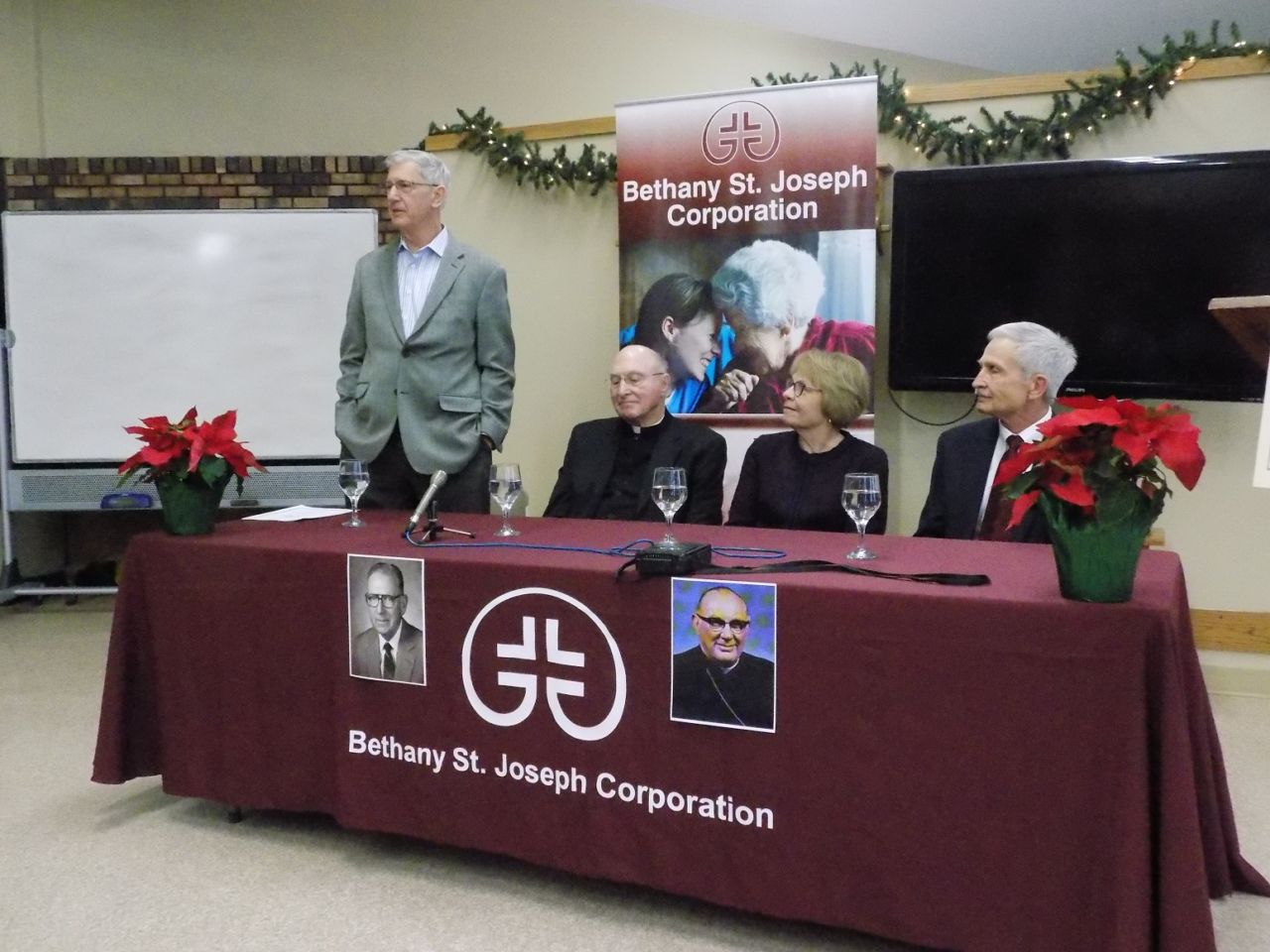 The 2019 Iverson-Freking Award winners are (left to right) The Rev. Mark Solyst, Monsignor Delbert Malin, and Cindy and William Berg

A lot can be accomplished, if you don’t care who gets the credit.

That’s one way a Lutheran clergyman in La Crosse reacts to getting credit for his own contributions to the community.

Pastor Mark Solyst of the English Lutheran Church in La Crosse is one of four persons chosen to receive the Iverson-Freking Ecumenical award this year.

Solyst says being a volunteer is not something he deliberately set out to do, but he says “God puts opportunities in our path.”

Monsignor Delbert Malin of Holmen says he tries to make the world better.

Retired Dairyland Power president Bill Berg and his wife Cindy are being honored as a volunteer couple.

Cindy Berg says the work she and Bill have done for the community has always been as part of a group.

It’s the 33rd year of the awards given out by the Bethany-St. Joseph organization.

The four newest honorees will be recognized at a La Crosse luncheon on January 23rd.