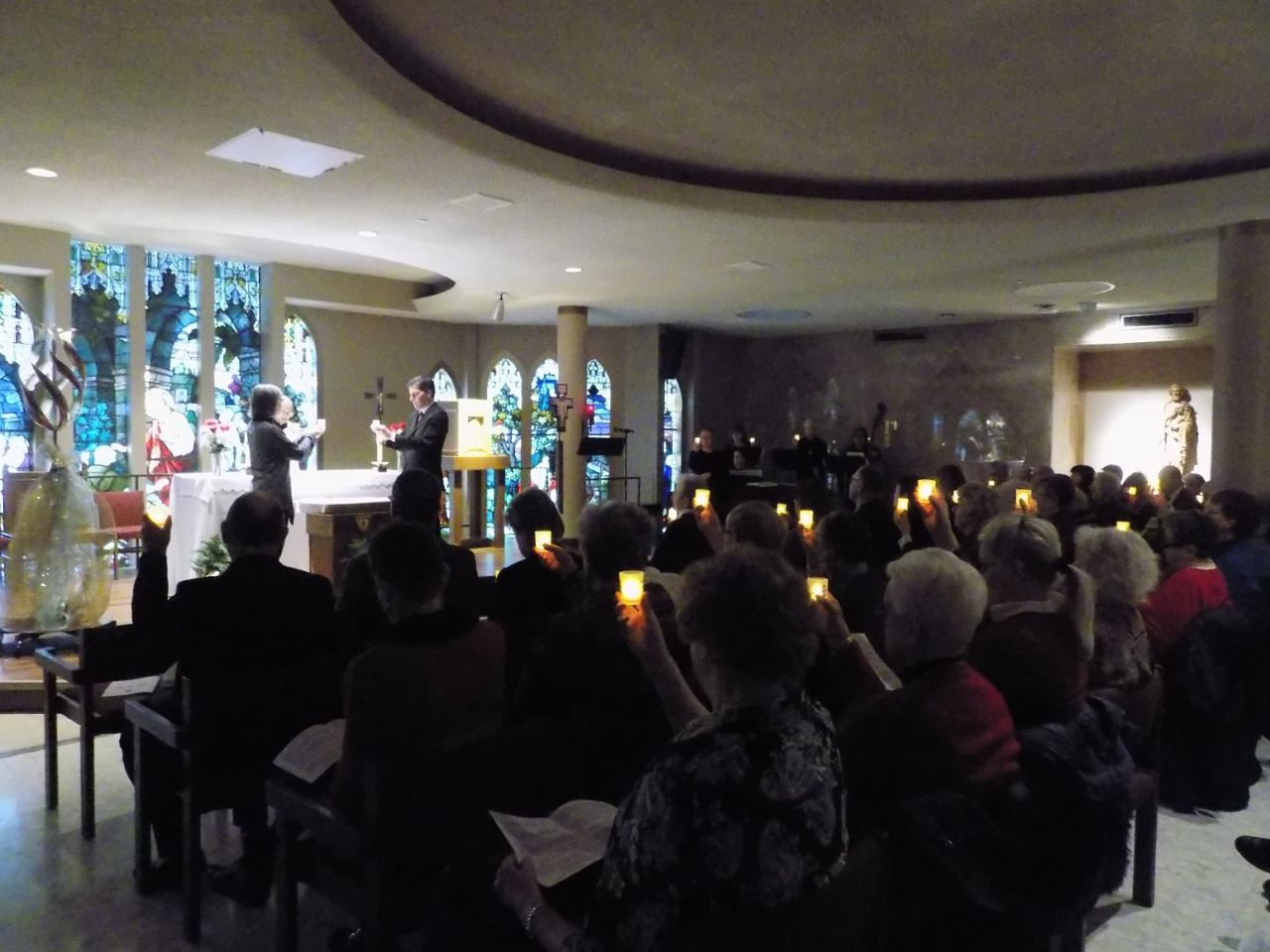 Franciscan nuns and other spectators light candles during a ceremony transferring control of the former St. Francis Hospital in La Crosse to Mayo Clinic
The singing of hymns and lighting of candles might seem unusual for marking the end of a legal business partnership.
But, not so unusual as the Franciscan nuns of La Crosse formally end their sponsorship of the local hospital they founded in 1883, and turn it over completely to Mayo Clinic.
Both Mayo and the Franciscans signed transfer papers during a ceremony at the hospital chapel on Wednesday.
Current FSPA president Sister Eileen McKenzie noted that the nuns tried to follow spiritual examples in starting the hospital, which Mayo joined in 1995.
Mayo’s regional vice president in La Crosse, Dr. Paul Mueller, says it would be hard to imagine a world without the Franciscan order of La Crosse…which would mean no hospital on West Avenue, and no Viterbo University.
The Franciscans announced the end of their sponsorship a year ago.
In return, Mayo will pay the nuns nearly $40 million in cash, along with the transfer of a parking lot on Market Street.
Related Topics:franciscan sistersmayotransfer