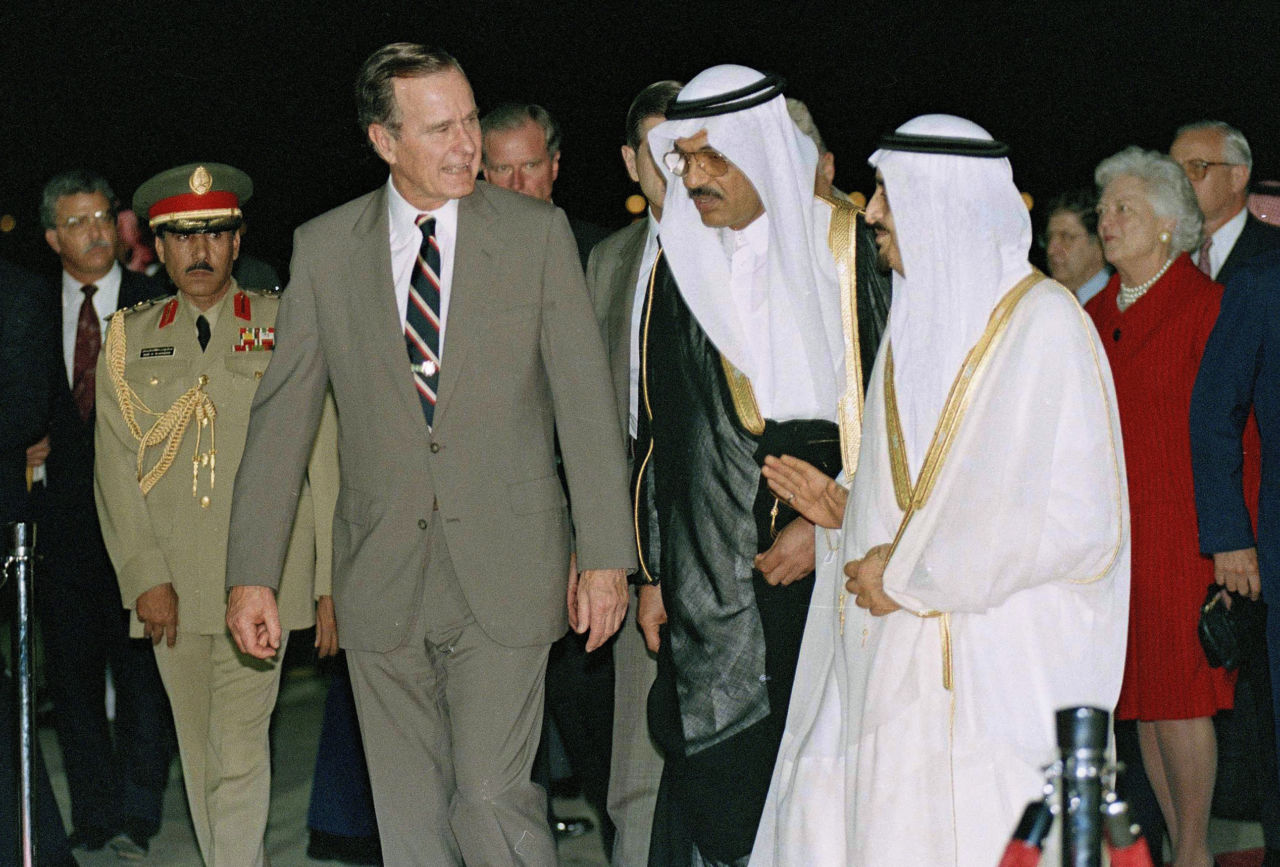 National and world leaders are remembering the life of the 41st U.S. president today.

On twitter today, President Trump said of Bush, “President George H.W. Bush led a long, successful and beautiful life. Whenever I was with him I saw his absolute joy for life and true pride in his family. His accomplishments were great from beginning to end. He was a truly wonderful man and will be missed by all!”

The office of former President Barack Obama and Michelle Obama said Bush’s life was “a testament to the notion that public service is a noble, joyous calling. And he did tremendous good along the journey.”

The Obamas credited him with “expanding America’s promise to new immigrants and people with disabilities. Reducing the scourge of nuclear weapons and building a broad international coalition to expel a dictator from Kuwait. And when democratic revolutions bloomed across Eastern Europe, it was his steady, diplomatic hand that made possible an achievement once thought anything but – ending the Cold War without firing a shot.”

They said: “It’s a legacy of service that may never be matched, even though he’d want all of us to try.”

In a statement issued early Saturday, Clinton said he would be “forever grateful” for the friendship he formed with the man he turned out of the White House after one term.

Clinton, who defeated Bush in the 1992 presidential election, says he was always struck by Bush’s “innate and genuine decency” and by his devotion to his wife Barbara and his family.

Former Soviet premier Mikhail Gorbachev has expressed his “deep condolences” to the family of former U.S President George H.W. Bush and all Americans following his death.

Gorbachev worked closely with Bush to bring an end to the Cold War in the late 1980s and 1990s, and lauded the former president for his abilities as a politician and his personal character.

“It was a time of great change,” he told the Interfax news agency, “demanding great responsibility from everyone. The result was the end of the Cold War and nuclear arms race.”

The Dalai Lama has offered condolences, saying Bush was the first president he met, “While nothing can replace the loss of a father, we can rejoice in the fact that his was a meaningful life, dedicated to public service. I commend your parents for encouraging their children, including you my dear friend, to devote yourselves to the service of others.”

Wisconsin Gov. Scott Walker released a statement that read, “So sorry to hear of the death of President George Herbert Walker Bush. In 1988, I cast my first vote for President for him. I am proud of that vote today. He was a true gentleman and our country is better because of his service. Tonette and I send our love and prayers to the Bush family as America mourns the loss of one of our greatest patriots.”

Not all statements honored the former president.

For some Iraqis, the death of George H. W. Bush has brought back bitter memories of the 1991 Persian Gulf War and the harsh U.N. economic sanctions that followed.

Artist Abdul Jabbar al-Niaami posted a picture on his Facebook page of Bush picture lying in a bed and wrote “To hell!.” One person commented, “May Allah curse him for demolishing our country.”

Mr. Bush campaigned in La Crosse toward the end of his term, in 1992.  The president spent the Saturday night before the election at the old Holiday Inn on the pike, and did a live interview on CNN from the Allen Building downtown the next morning.  Bush departed from the La Crosse Airport on Air Force One.