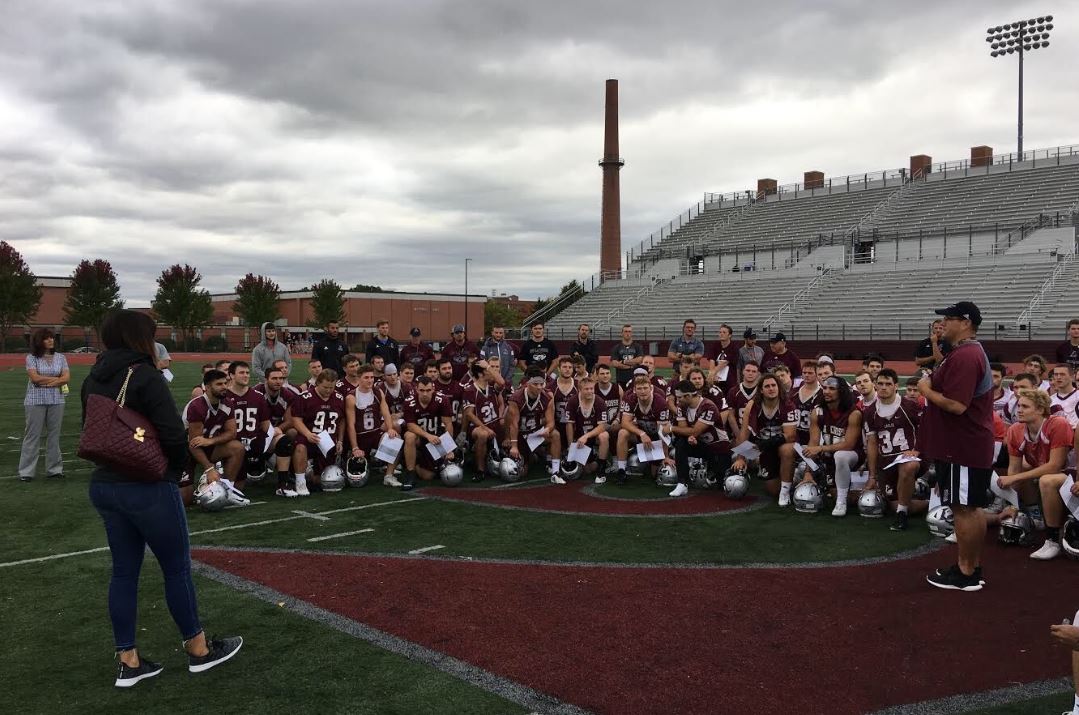 Games aside, the University of Wisconsin-La Crosse took some time for more important causes this week.

Brenda Tracy, a sexual assault survivor, spoke with the Eagles about her story and the need to change the culture.

“We signed her pledge that set the expectation, and that is saying ‘We will have zero tolerance for sexual assault and rape on our team,'” Schmidt said Wednesday on WKTY from the Eagles Nest. “If anybody commits that or anybody sees that, we’re going to report it.

“We’re taking a strong stand and trying to be a part of the solution.”

Tracy stopped by several high schools in the area in getting out her message.

“This is the biggest thing facing our campuses,” Schmidt said. “Madison has that going on right now. It’s the No. 1 issue across the board, for all, especially for men — men who play football.”

Tracy was gang raped by four men on the Oregon State campus in 1998, including two football players.