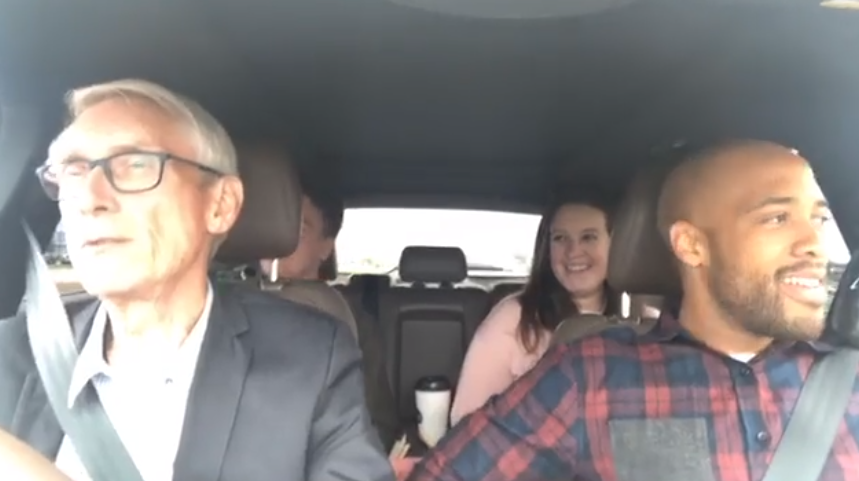 Video livestreaming has turned regular political events into something much more involved.

Like the 24-mile trip taken in the car Tuesday by Wisconsin Democratic nominees for governor and lieutenant govenor, Tony Evers and Mandela Barnes.

The duo livestreamed the drive between Appleton and Green Bay as part of a campaign gimmick to mock Gov. Scott Walker for a time he took the same trip.

Evers added, “a lot of hard-working people in Wisconsin drive that everyday.”

They referred to the 45-minute livestream as the “Tony and Mandela Show.”

The flight is among those targeted by Democrats as an example of Walker’s supposed excessive use of the state plane.

Evers has promised if elected governor he will reduce the use of the state airplane.