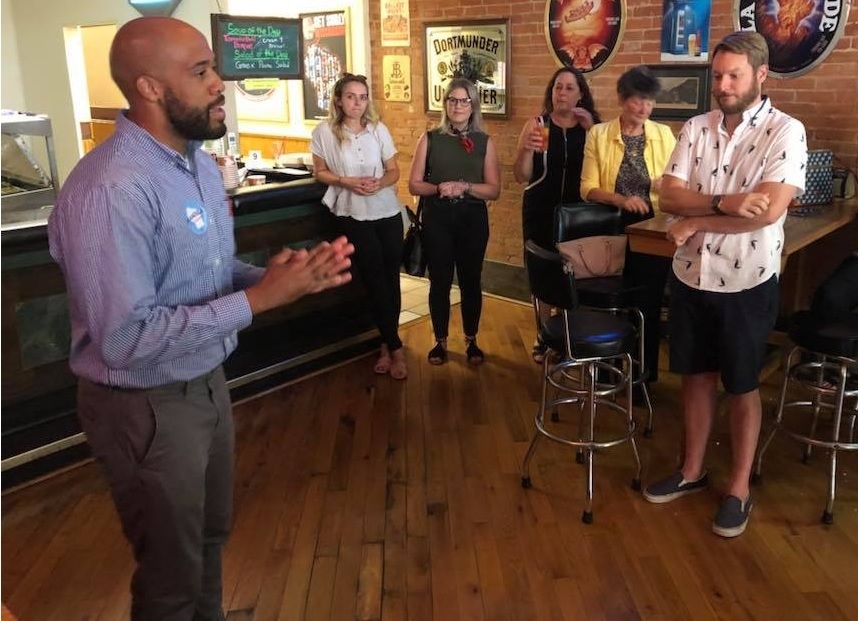 MADISON, Wis. (AP) — The Democratic candidate for lieutenant governor in Wisconsin said he’s not interested in people who voted for Barack Obama and then switched to Donald Trump, if they still support the president, a comment Republicans likened to when Hillary Clinton derided Trump backers as “deplorables.”

Mandela Barnes made the comment during a forum Wednesday night in Milwaukee with Democratic candidate for governor Tony Evers. He faces Republican Gov. Scott Walker in a race that polls show is a dead heat.

Barnes said at the event hosted by the liberal group Wisconsin’s Choice that he and Evers were fighting for every vote, but the race is “not about the Obama-Trump voters. If they voted for Obama and they voted for Trump and they’re still with him, you can keep them.”

Trump carried Wisconsin by less than 23,000 votes, making him the first GOP presidential candidate since Ronald Reagan to win the state. With polls showing the vast majority of Republicans and Democrats committed voting for their party’s gubernatorial candidate, the race is expected to come down to a limited number of swing voters.

Barnes said he and Evers are after the Obama voters who didn’t show up in 2016, some of whom faulted Clinton for never campaigning in Wisconsin.

“I’m telling you right now that we are showing up, we’re showing up in a real way, we’re having those conversations,” Barnes said.

In a statement Thursday, Barnes tried to clarify his remarks.

“The point I was making, and I could have been more clear, was that we can’t forget about the people in Wisconsin who feel forgotten by politicians of both parties, are disengaged in the process and who we’ve lost touch with,” Barnes said. “Tony and I committed to listening to and representing the needs of all families.”

Wisconsin Republican Party spokesman Alec Zimmerman was having none of it.

“The outrageous remarks from the Evers campaign are insulting to millions of hard-working Wisconsinites and speak volumes about his priorities,” Zimmerman said. “By their own admission, Tony and his running mate are running a campaign of division and anger that seeks to abandon large swaths of our family, friends and neighbors throughout Wisconsin.”