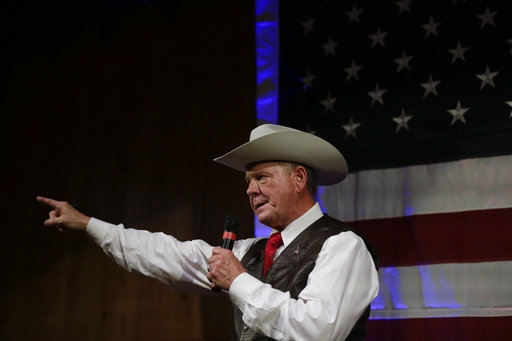 A fifth woman has come forward with sexual assault accusations

Walker was asked Sunday about the allegations in an interview on WISN-TV and likened them to a false 2012 recall campaign rumor that he had fathered a “love child.” Walker said if the allegation against Moore is true, then he “obviously” should step aside.

Walker’s campaign did not immediately respond to requests for comment after a fifth woman has come forward accusing Moore of sexual misconduct.

Both of the Republican candidates for U.S. Senate in Wisconsin, Kevin Nicholson and state Sen. Leah Vukmir, said Monday they stood by their statements from last week that Moore should step aside if the allegations are true.