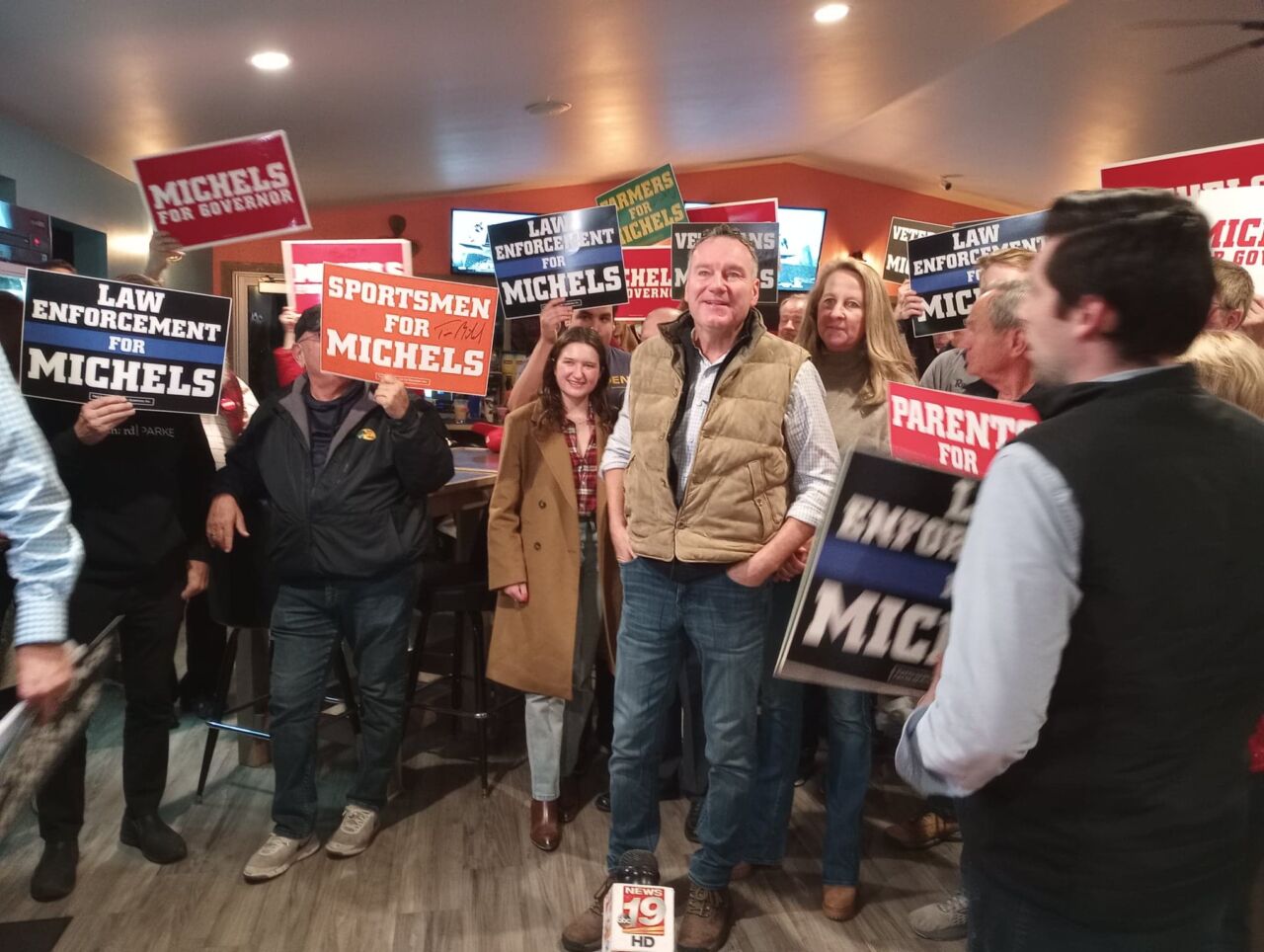 It’s one of the most closely-watched races for governor in the U.S. this year, and reportedly, the most expensive.

The contest for governor of Wisconsin will be decided Tuesday, with Democrat Tony Evers facing Republican businessman Tim Michels.

On Monday afternoon, Michels made a happy-hour appearance at Castaway’s on the Island, telling a crowd of Republican supporters that the odds look good.

“Get ’em to the polls, we have all the momentum,” Michels said, while standing behind the bar, addressing a few dozen supporters. “We have all the enthusiasm.”

Michels called the most recent poll numbers his “strongest numbers ever,” and predicts it will be part of a “Wisconsin landslide.”

Republicans in Wisconsin had to give up the governor’s office four years ago, when Evers defeated two-term incumbent Scott Walker.

Michels says he’d like to take new votes on bills that Evers has vetoed, but he also wants to promote new ideas.

“My whole life, I’ve been a guy that looks through the windshield, not the rear-view mirror,” he said, adding that his administration would stand for working families, tax reform and improving schools.

The most recent La Crosse stop by Evers was a week ago at UW-La Crosse, which was one of perhaps a dozen trips the governor has made to the city.

The last time Wisconsin voters unseated a governor after one term or less was 20 years ago, when Republican Scott McCallum lost to Jim Doyle in the 2002 election.