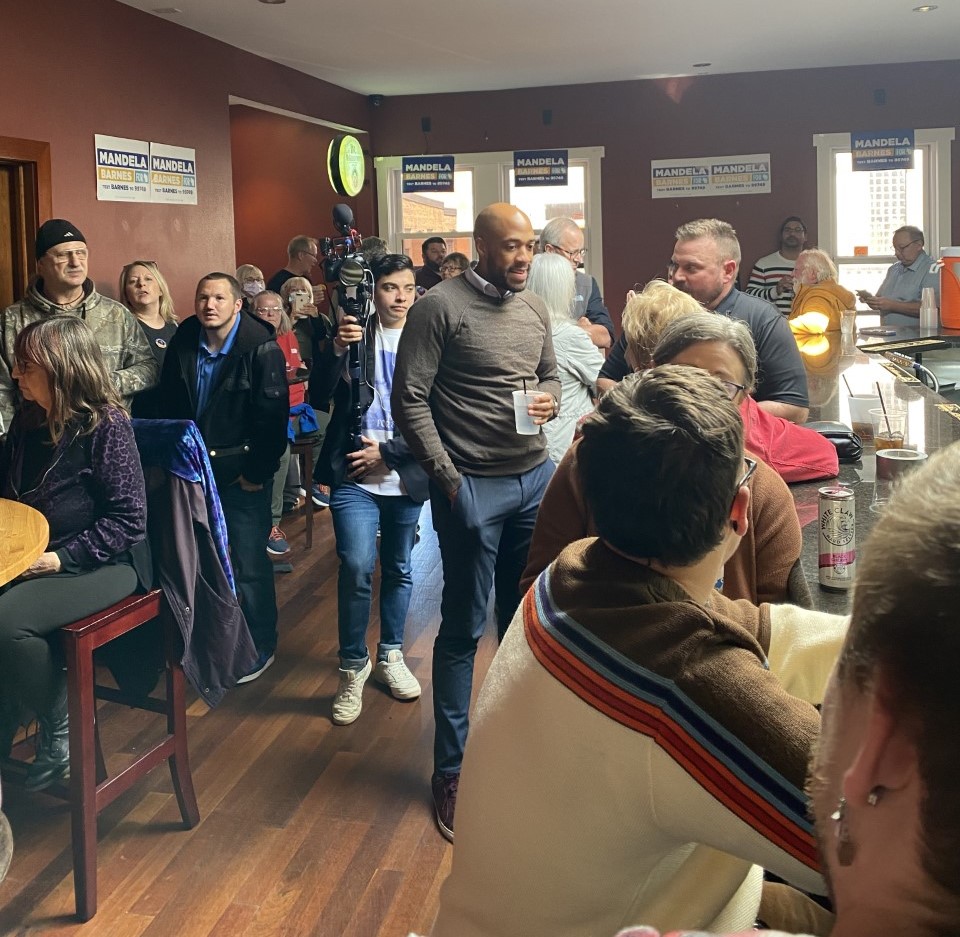 Election day is just a few weeks away and Lt. Gov. Mandela Barnes recently stopped in La Crosse as part of a final campaign tour for his bid at a U.S Senate seat.

Barnes began with a speech at the La Crosse Center on October 20th, with Gov. Tony Evers. Afterward, while Evers toured local businesses, Barnes visited Thrunie’s bar on Pearl Street. He was met with a packed room of people eager to shake his hand.

“One thing I love about La Crosse is that you show up, and I know you’ll show up to the polls next month.” Barnes said.

During his speech, Barnes highlighted what he said were broken systems.

“I’m running for the Senate because I think the Senate is broken, to be honest with you,” Barnes said. “It is a place that is so detached from our reality, the American experience is not reflected in the U.S Senate.”

Barnes has been critical of his opponent, U.S Senator Ron Johnson, and, what the Lt. Gov. says is his long history of supporting anti-choice legislation.

“He (Johnson) said that if women don’t like the laws of their state then they can move,” Barnes said. “It will be up to the women of this state to make sure Ron Johnson moves out of the senate this Nov. 8th.”

Moving Johnson out of the Senate was a theme among Barnes supporters, as well. Paul Kruse said it was important to show his support for Barnes because of the high stakes of this election

“This is the most important election we have had,” Kruse said. ”You listen to Ron Johnson’s advertising and you look at his record and there’s no relation between the two. So somebody like that, who won’t tell the truth. He just has to go.”