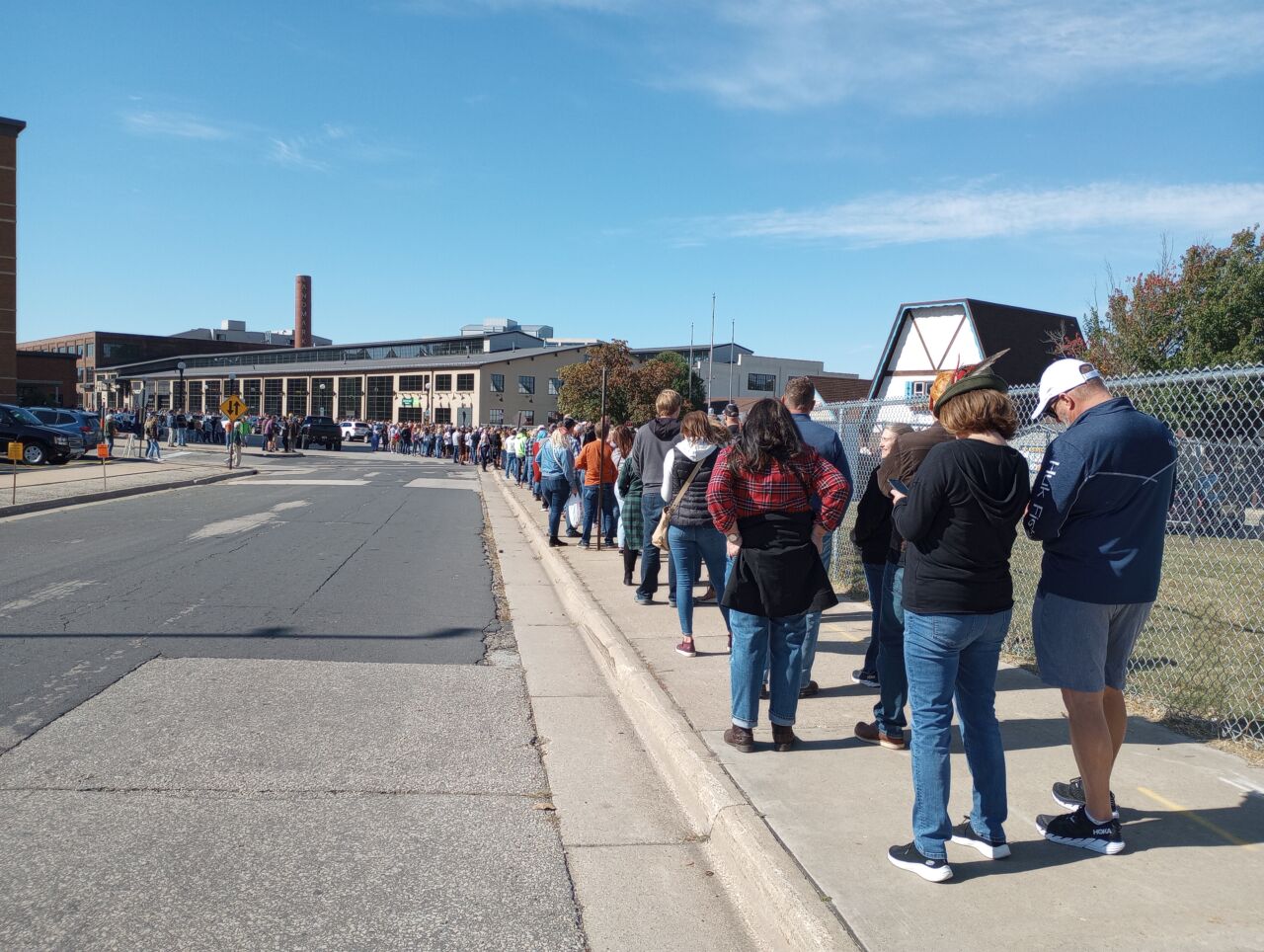 Many festgoers had a longer wait than expected to get into La Crosse’s Oktoberfest during the midday on Friday, because of an apparent internet problem which prevented security from scanning passes.

Lines formed on two sides of the main gate to the southside festgrounds around 11 a.m., while fest personnel worked on fixing the problem.

Once inside the grounds, it was worth the wait for lots of festgoers. They filled the main beer tent and food areas, while enjoying entertainment such as singing festmasters on stage.

The biggest attraction of Oktoberfest, the Maple Leaf Parade, kicks off around 10 a.m. Saturday in north La Crosse, and winds its way downtown to the two bridges.