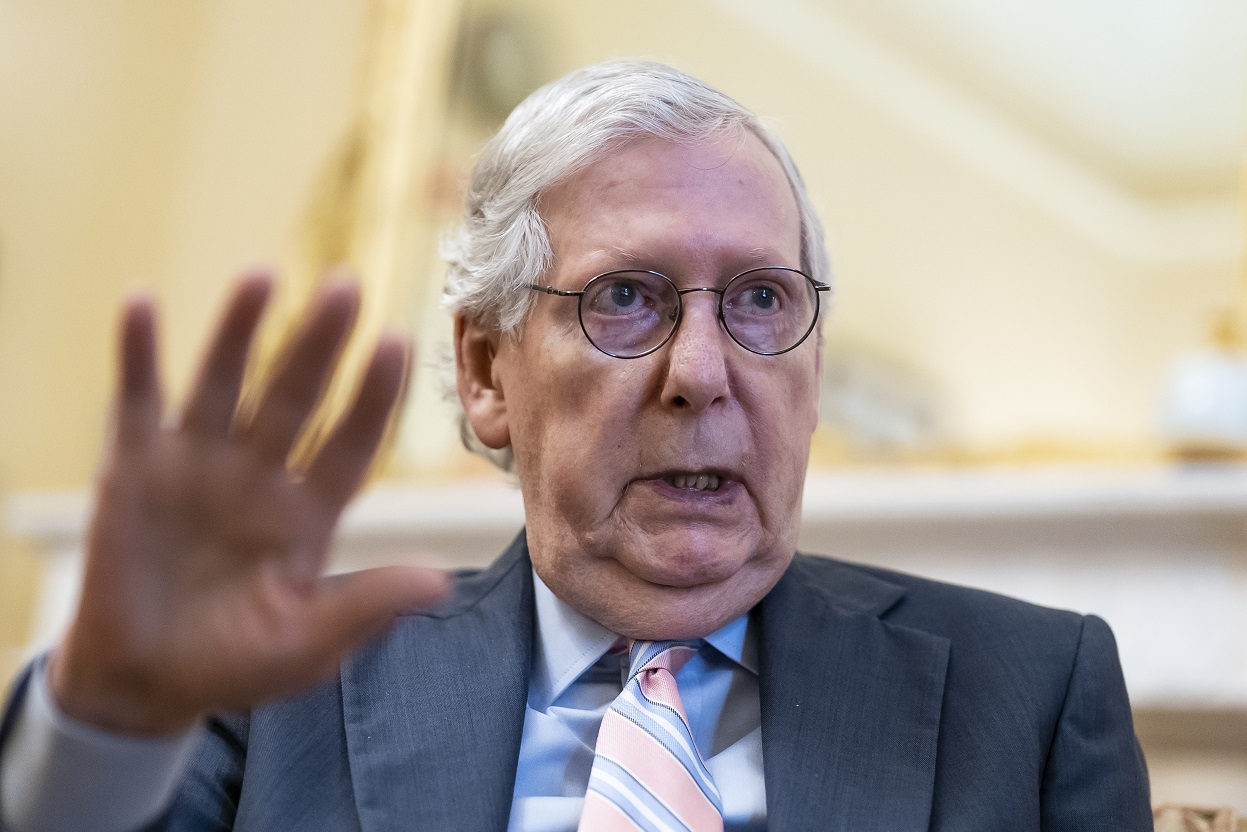 WASHINGTON (AP) — Senate Republican leader Mitch McConnell said Wednesday that he believes his party now has a “50-50 shot” of getting the chamber back less than six weeks away from the midterm elections.

“We are in a bunch of close races,” McConnell told reporters during a press conference. “It’s going to be really, really close either way, in my view.”

The comments reflect a greater degree of optimism from the GOP leader after he drew criticism last month from fellow Republicans when he downplayed the party’s chances in the fall elections, saying it would be more likely for the party to gain control of the House than the Senate.

“Senate races are just different — they’re statewide, candidate quality has a lot to do with the outcome,” McConnell said at a press conference in Florence, Kentucky, in mid-August.

For the past year, McConnell has been careful about overstating any GOP gains in the chamber, and he previously criticized the “quality” of candidates in key races like Arizona. Republicans have been pleading with him to help direct money to lift Blake Masters, the GOP candidate for Senate there. So far, McConnell has refused to publicly do so.

But on Wednesday, McConnell seemed to suggest there is a slight chance for the GOP to control House and Senate in January — mainly due to the rising issue of inflation, which his party blames on Democrats’ “reckless spending” in Washington.

McConnell and his counterpart in the House, Kevin McCarthy, have pledged to focus on “kitchen table” issues like rising costs and crime.

The political dynamics in the final six weeks of the midterms are proving volatile and could ultimately help either party in tight races. Democrats have focused much of their message on reproductive rights for women after the Supreme Court’s decision this summer invalidating a woman’s constitutional right to an abortion. Republicans, meanwhile, have centered their campaigns on inflation and combatting violent crime.

Many in the GOP have also parroted former President Donald Trump’s lies that the 2020 election was stolen from him, a contention that has been roundly rejected by courts and election officials.

Democrats are coming out of the summer buoyed by signs that the Supreme Court’s abortion decision may galvanize voters in the fall. Voters in deeply Republican Kansas overwhelmingly rejected a ballot measure that would have curtailed abortion rights. And surprise wins for Democrats in special elections from Alaska to upstate New York also signaled notable energy on the issue.

But the challenge for the party will be keeping those voters engaged through November. McConnell on Wednesday seemed less worried that abortion would significantly erode GOP gains.

“I think that issue is playing out in different ways in different states,” McConnell said when asked if Republicans were concerned about it. “The three big national issues that we’re going to be addressing here that people are most concerned about nationally are the ones that I mentioned: inflation, crime and open borders.”

“That’s clearly what we’re going to be putting the focus on,” he added.

John Thune, the No. 2 Republican in the Senate, largely echoed McConnell’s predictions on Wednesday, suggesting that Democrats were focusing on “shiny objects.”

“My experience through the years, even in years when we’ve been protecting incumbents in a bad environment, is that when the fundamentals of an election lock in and for the voters the issues get clarified, it usually does kind of generate a bit of momentum for one side or the other,” Thune told reporters. “And honestly, I think that happens for us this year. I just think that the pocketbook issues are going to be paramount and all these other issues Democrats are trying to shift attention to are kind of shiny objects.”

“But in the end,” he added, “it’s the economy, the cost of food, the cost of gas, security, where people feel safe in their neighborhoods and communities.”