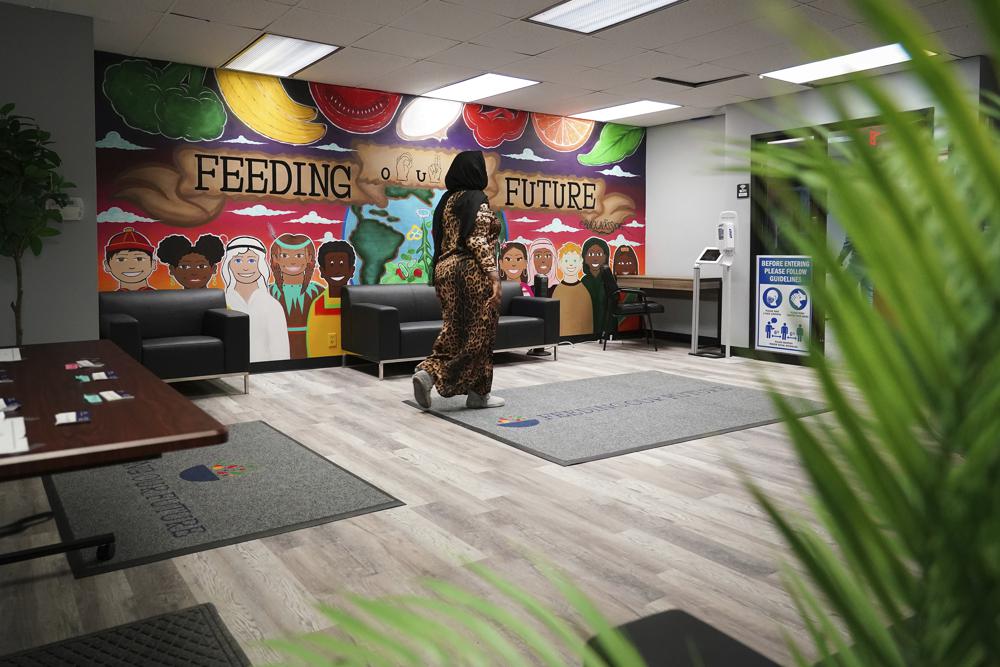 MINNEAPOLIS (AP) — The Department of Justice has charged 48 people in Minnesota in what prosecutors have called a $250 million scheme to defraud a federal meals program.

Prosecutors said just a fraction of the money went toward feeding kids, with the rest laundered through shell companies and spent on property, luxury cars and travel.

Here’s a look at how the alleged scheme worked, according to court documents:

ROOTS OF THE ALLEGED SCHEME

The defendants are accused of targeting federal child nutrition programs that provide free meals to low-income children and adults. The money comes from the U.S. Department of Agriculture, with oversight from state governments. In Minnesota, the funds are administered by the state Department of Education, with meals historically provided to kids through schools and day care centers. Sites that serve the food are sponsored by authorized public or nonprofit groups.

Some standard program requirements were relaxed during the COVID-19 pandemic; for-profit restaurants were allowed to participate, and food could be distributed outside educational programs.

Minnesota U.S. Attorney Andy Luger said Tuesday that a small group of people came up with a plan to exploit the relaxed rules and steal tens of millions of dollars by falsely claiming they were providing food to children.

Others soon joined, and the scheme grew to become what Luger called the largest pandemic-related fraud in the U.S.

HOW IT ALLEGEDLY WORKED

Several companies applied to provide meals to low-income children, many using Feeding Our Future as a sponsor to seek funding, according to court documents.

Authorities allege Feeding our Future employees recruited others to open program sites across Minnesota that inflated the number of children and meals they were serving, or didn’t serve any at all. The nonprofit then submitted false claims for reimbursement, receiving an administrative fee of 10% to 15% in addition to kickbacks from people who wanted to join the scheme, the charges allege.

The charges say the scheme used shell companies that falsified invoices showing meals were served and submitted fake attendance rosters purporting to list the names and ages of children being fed each day.

The FBI says one company claimed to be serving meals to 300 kids a day in January 2021. By February 2021, the group claimed it was providing daily meals for 3,290 children. In all, the group got $3.6 million in reimbursements in 2021, according to an FBI affidavit. Nearly that much was deposited into its bank account, then most of it went to another company. Little was used to buy food.

Feeding Our Future was formed in 2016 to help poor and minority communities secure federal food program funding. The nonprofit quickly became the largest independent sponsor of such programs in Minnesota.

Founder Aimee Bock told the Star Tribune this year that she employed 65 staff members who spoke 17 languages, and was working with 140 subcontractors to distribute 100,000 meals a day to Minnesota children.

Bock said she never stole money and saw no evidence of fraud among her subcontractors. Feeding Our Future was dissolved in February.

Court documents say the Department of Education grew concerned about the rapid growth in reimbursements and the number of sites sponsored by Feeding Our Future. The department said it reached out to the USDA in the summer of 2020 and began scrutinizing the nonprofit’s site applications. In one case, the agency denied an application for a group that claimed in March 2021 it was serving an after-school snack and supper to 5,000 kids a day; the FBI characterized this as “an exceedingly large number of children.”

The Department of Education went to the FBI in April 2021, and the FBI began investigating the following month. Last January, officers raided several properties including Feeding Our Future’s offices and Bock’s home.

Charging documents made public Tuesday say Feeding our Future fraudulently obtained and disbursed more than $240 million in program funds during the pandemic.

Prosecutors say almost none of the money went to feed children, but was instead used to buy real estate, cars, and other luxury items including a half-million-dollar apartment in Kenya, lakeside homes in Minnesota, expensive trips and multiple properties in Minneapolis.

After the Department of Education increased its scrutiny, Feeding Our Future sued the agency in November 2020. Feeding Our Future alleged discrimination, among other things, saying many of the groups it works with are in minority communities.

By December 2020, the Department of Education stopped approving new site applications for Feeding Our Future. By the following March, the department halted all payments to the group. But in April 2021, a state judge ruled that the agency didn’t have the authority to stop payments and ordered that the reimbursements continue. The case was dismissed after the FBI investigation became public in January.