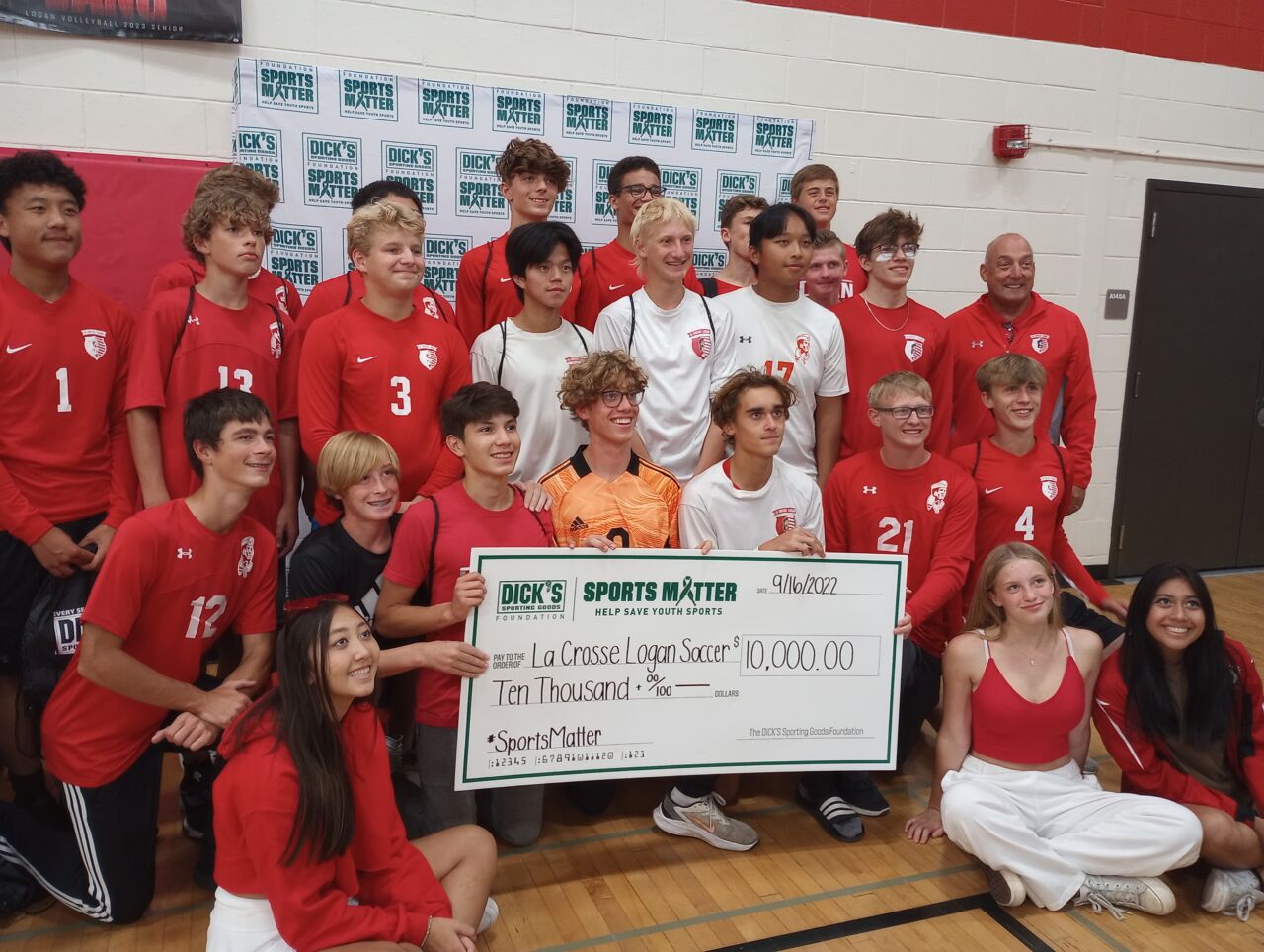 A Logan High School athletic team gets a big-money surprise, thanks to one team member.

The store made the donation after Logan soccer captain Sol Szymanski, Jr., wrote a presentation about how his school could use funding for soccer.

“I just saw that we needed a couple things more, like jerseys, new balls, and whatnot,” Szymanski said. “I saw this ad for Dick’s Sporting, and I thought, ‘Oh, I wonder if they gave out grants to schools that write essays?'”

Szymanski added that he wrote a couple of essays, including one to Dick’s, and months later, the store told him he was a finalist in a grant competition, and then learned he was a winner.

The large gift from Dick’s was said to be a surprise to many of the people connected to Logan soccer.

Rangers soccer coach Tom Kammer said he didn’t know how much money the school would get until a few hours before the rally.

Kammer added that the Logan athletic director kept it quiet, and “Sol did all the hard work for this.” He ssaid the grant was a “nice surprise for everybody.”

The check presentation was part of the pep rally that preceded Logan’s homecoming parade, and the Friday night football game against Onalaska.