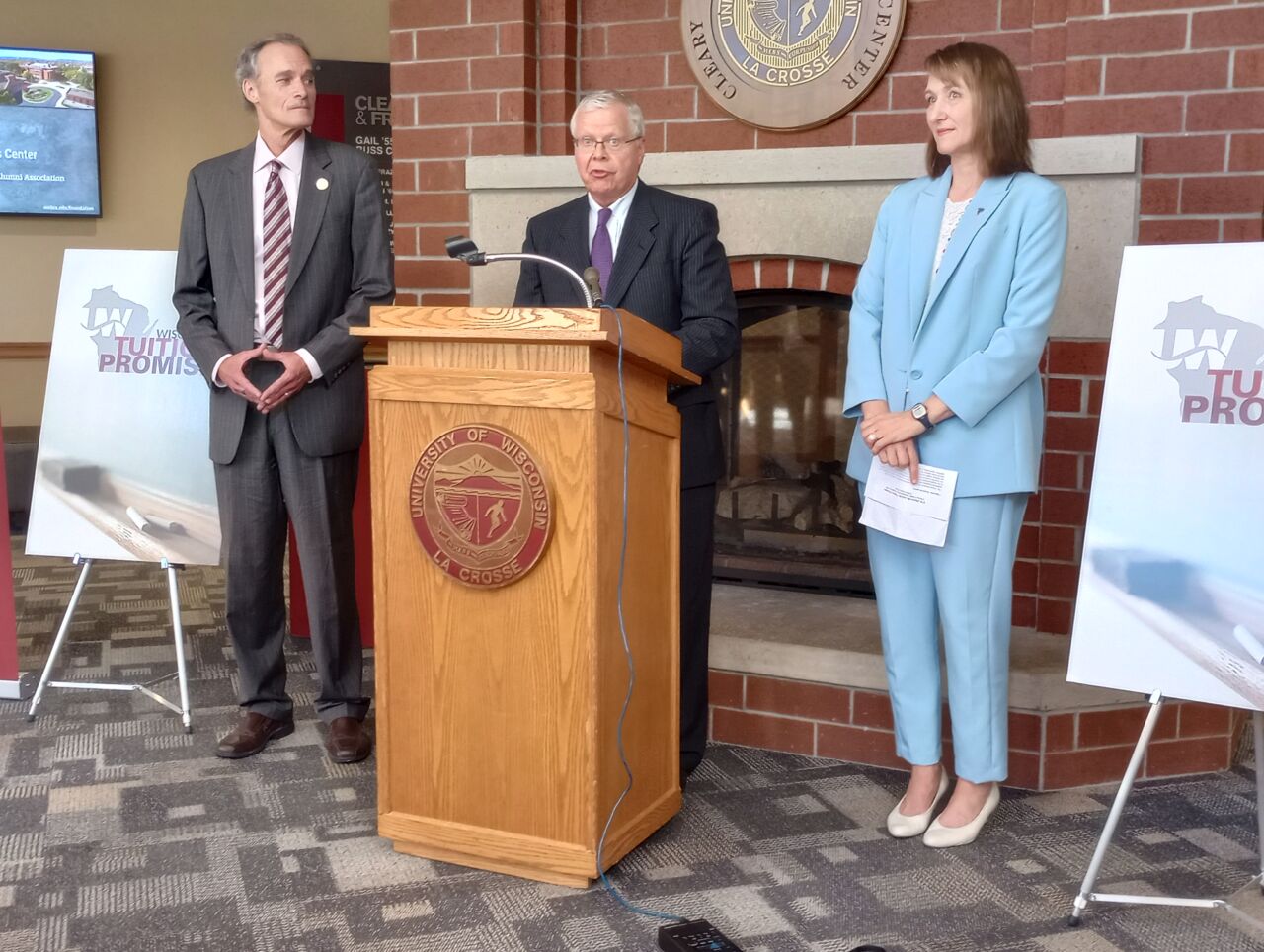 The UW System president was in La Crosse on Tuesday promoting a tuition free program for students of lower income families.

Several thousand students attending University of Wisconsin campuses will be eligible for what’s being called the Wisconsin Tuition Promise, that will begin a year from now at all 12 campuses, including UW-La Crosse.

The program would allow students from lower-income families to waive most of their tuition for up to four years at a UW System campus. To qualify, a student must come from a household with annual income under $62,000.

UW-La Crosse Chancellor Joe Gow said Tuesday during a news conference on campus with Rothman that he wanted to see La Crosse get such a program, after it started on the main campus in Madison.

“They did that a few years ago,” Gow said, “and we were, frankly, a little envious because we wish we could do this kind of thing. And then President Rothman joined the UW System and said, ‘Hey, really, let’s make this happen for all the students in the UW System.'”

Rothman said the cost for the first year will be about $13 million, but eventually, he hopes it will pay over $30 million a year in student expenses.

“Our key industries in the state,” Rothman said, “whether it be agriculture or manufacturing or health care or technology, just to name a few, absolutely need more graduates from our universities within the system.”

Rothman added that Tuition Promise will be an investment in the “war for talent,” in trying to keep students in the Badger State to build their careers.

Along with Rothman and Gow, UW-Platteville Chancellor Tammy Evetovich was at the news conference.