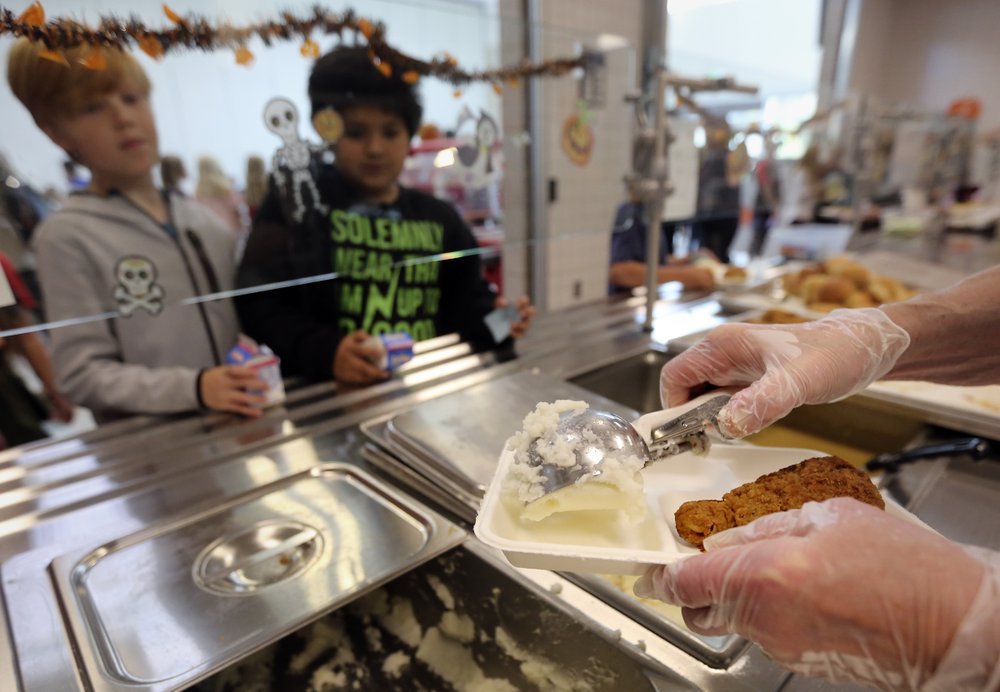 The challenge, led by Tennessee Attorney General Herbert Slatery, claims that the federal government is attempting to force states and schools to follow antidiscrimination requirements that “misconstrue the law.”

The coalition of attorneys general are hoping for a similar result to a separate challenge from earlier this month when a Tennessee judge temporarily barred two federal agencies from enforcing directives issued by Biden’s administration that extended protections for LGBTQ people in schools and workplaces.

The judge sided with the attorneys general, ruling that the directives infringed on states’ right to enact laws, such as banning students from participating in sports based on their gender identity or requiring schools and businesses to provide bathrooms and showers to accommodate transgender people.

“This case is, yet again, about a federal agency trying to change law, which is Congress’ exclusive prerogative,” Slatery said in a statement. “The USDA simply does not have that authority. We have successfully challenged the Biden Administration’s other attempts to rewrite law and we will challenge this as well.”

In May, the USDA announced that it would include discrimination based on sexual orientation and gender identity as a violation of Title IX, the sweeping 1972 law that guarantees equity between the sexes in “any education program or activity receiving Federal financial assistance.” The directive requires states to review allegations of discrimination based on gender identity and sexual orientation, as well as update their policies and signage.

The agency warned that states and schools that receive federal funds, which include the national school lunch program overseen by the USDA, have agreed to follow civil rights laws. Although the agency says it wants voluntary compliance, it also has promised to refer violations to the Department of Justice. It is not clear whether the federal government would hold back funding for school meal programs as part of its enforcement.

The directive followed a landmark civil rights decision by the U.S. Supreme Court in 2020 that, under a provision called Title VII, protects gay, lesbian and transgender people from discrimination in the workplace.

According to the lawsuit, the attorneys general allege that the USDA’s new directive is based on a “misreading” of the Supreme Court’s ruling and did not provide states and other groups the opportunity to provide public comment.