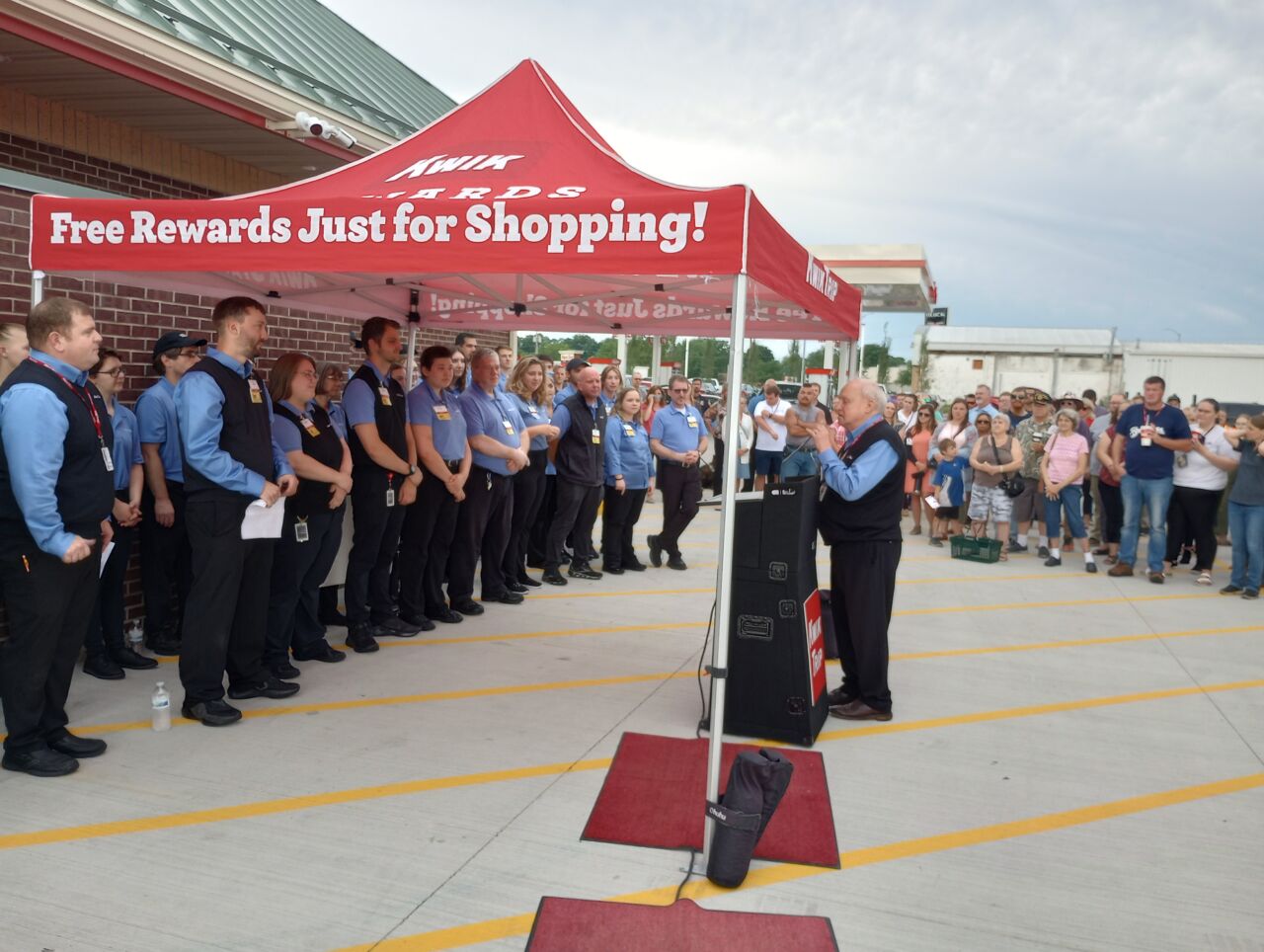 It’s been called the Taj Mahal of Kwik Trips, but at the real Taj Mahal, you’re not likely to hear polkas.

An accordion player was performing near the bananas and the Glazer donuts at La Crosse’s newest Kwik Trip store on Ward Avenue, during its ribbon cutting ceremony Tuesday — although Store No. 1126 opened its doors on July 14.

The “third-generation” style store — the largest of Kwik Trip’s models — had been compared to the Taj Mahal by comedian Charlie Berens on WIZM’s La Crosse Talk PM.

Other Kwik Trips, such as a new one north of Holmen, are the same size, having more features inside such as an improved coffee bar.

Kwik Trip CEO Don Zietlow, who founded the store chain in 1965, was among several speakers commenting at the ceremony. Zietlow, who is at every store ribbon cutting, said he wanted the company to be a place where “people could have a good job” and share in Kwik Trip profits.

Zietlow added that Kwik Trip has 35,000 “co-workers,” who share 40 percent of the firm’s pre-tax profits. Many of the employees at the new store were transferred from two other La Crosse Kwik Trips on South Avenue and Mormon Coulee Road, which were closed just as the new building opened.