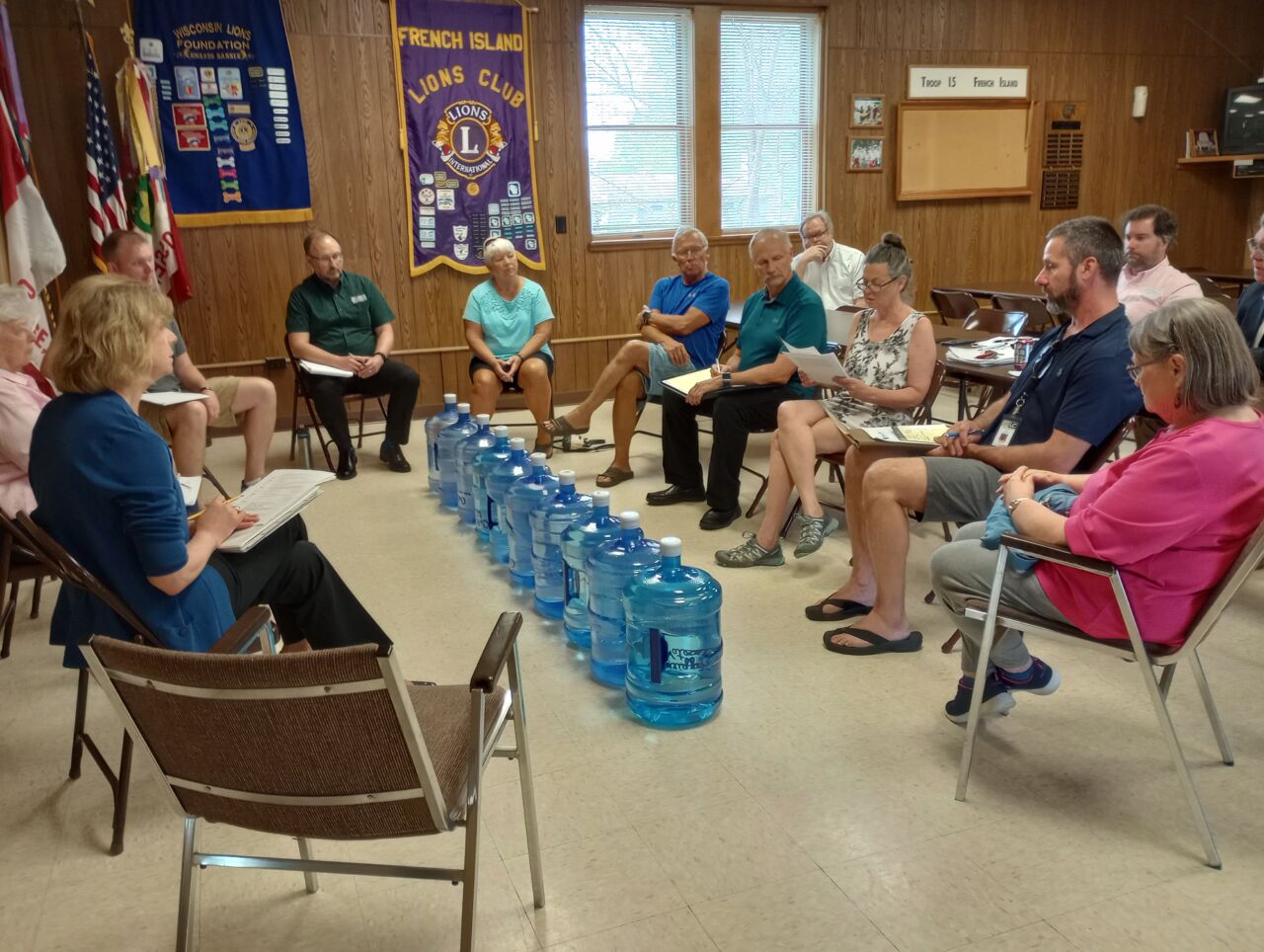 Baldwin took part in a roundtable discussion with Town of Campbell officials and island residents, who have been forced to use bottled water for well over a year, because of high levels of PFAS chemicals in their private wells.

The citizens that met with Baldwin included Mary Wilder, who spoke about neighbors having trouble handling the heavy bottles of water they need to use instead of getting water from their tap.

She said she could afford to put in a filtration system at her home but not everyone on French Island can.

After the meeting at the Campbell community center, the senator met with La Crosse Mayor Mitch Reynolds and other city officials at a La Crosse city well near the airport, which has been shut down because of PFAS contamination.

The local pollution has been blamed on the long-term use of firefighting foam at the airport, which is still required by the FAA.

Baldwin has sponsored a “Healthy H2O Act,” to provide grants for water testing and treatment directly to families with private wells.

“I want to get it probably made a part of the farm bill, because that’s where this funding for rural drinking water should be, so we’re working towards that,” Baldwin said.

Reynolds thanked the Senator for her help in getting money to La Crosse to deal with PFAS.

“Assuming that we have some success here, not only will this help our community, but provide a model for other communities that are facing similar challenges,” Reynolds said.