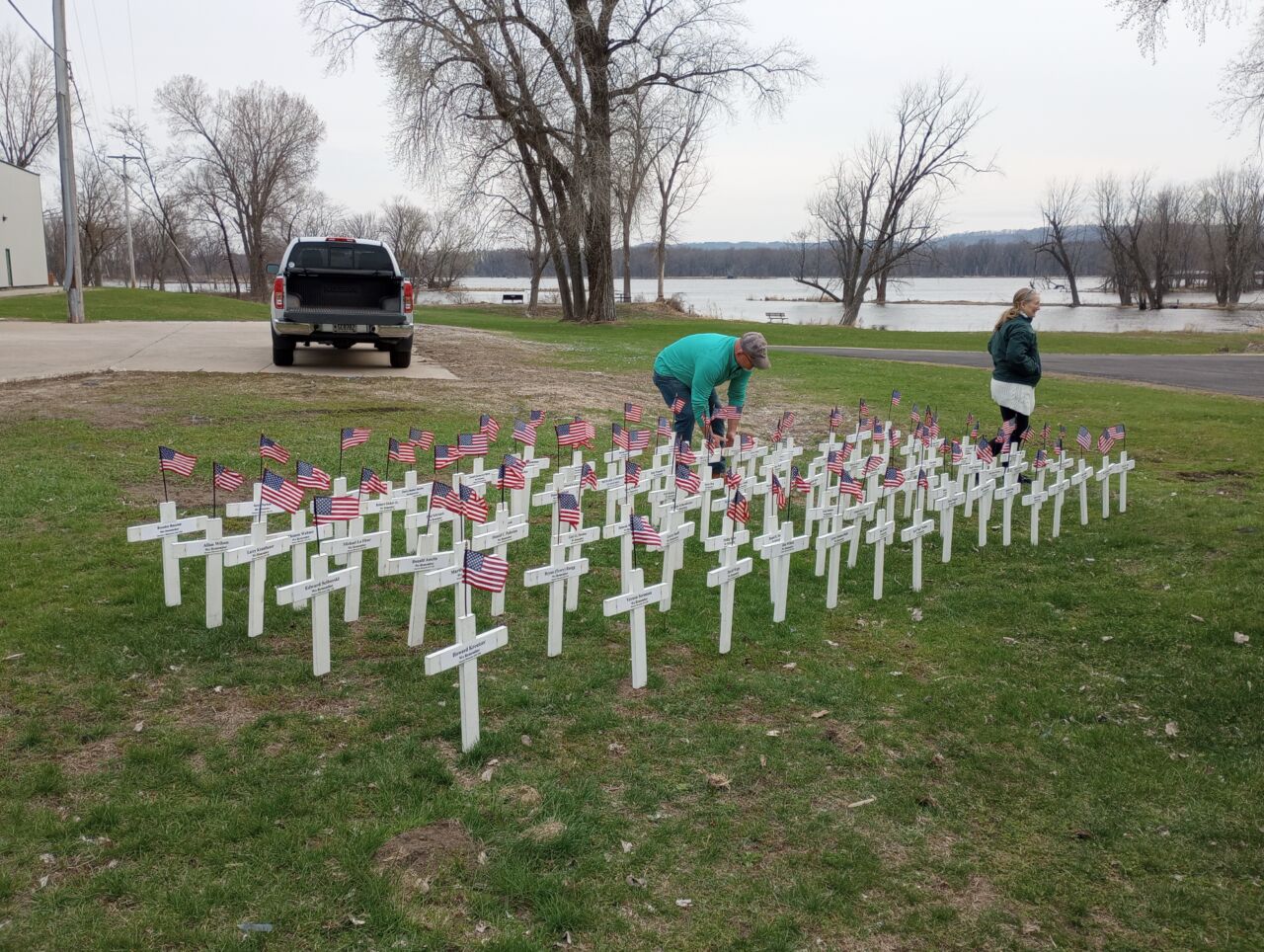 The event held every year in late April honors people who died in the line of work.

City firefighters often attend, but they were excused because so many had been busy fighting a downtown fire throughout the day.  Mayor Mitch Reynolds said it was a relief to know that no one died in the 4th Street fire, especially firefighters and street department workers.

Reynolds said the street crews were “putting themselves in harm’s way as well.” He said it was wonderful news that no one was killed or injured as a result of the India Curry House fire. “It would just be an incredible thing…for every workplace, if we could have, if every situation, there were simply no injuries that we had on the workplace.”

“Rather than investing in workers and people and communities here in western Wisconsin, here in the upper Midwest, here in this country, we’ve seen an exodus of manufacturing jobs and of family-supporting jobs,” Pfaff said. “That’s wrong, and that’s disappointing.”