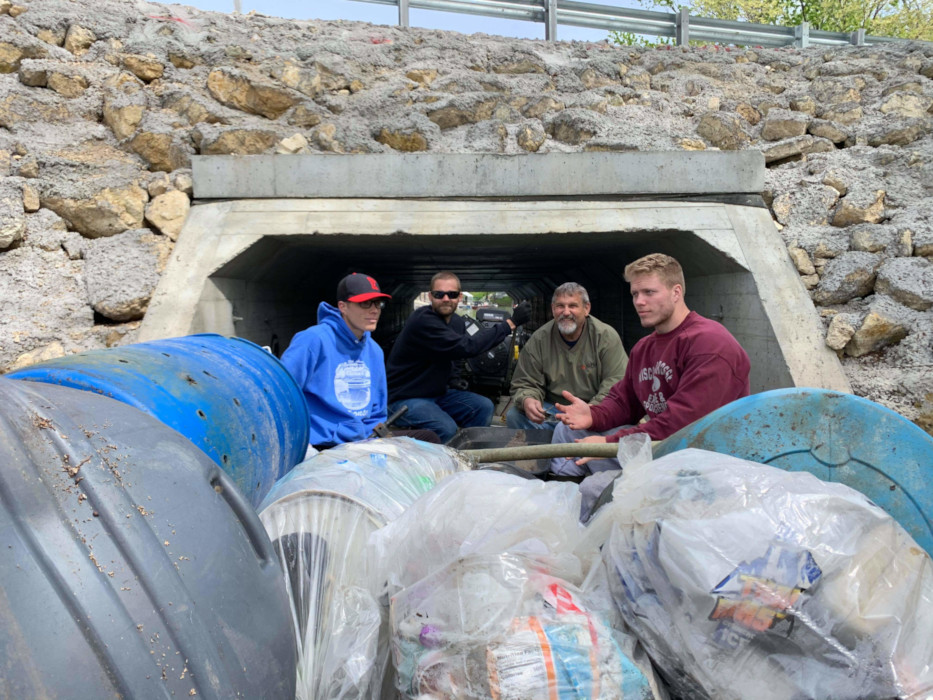 It started 29 years ago with Russell Wilson’s effort to rally the community to help clean up La Crosse area waterways.

The aptly named “River Cleanup La Crosse” began in 1996 when Wilson was a conservation warden for the Wisconsin Department of Natural Resources.

He retired from the DNR three years later but never gave up his quest to help maintain La Crosse’s waterways. Wilson, now the co-chair of the River Cleanup committee, is still leading the cause, and he’ll be out picking up trash with everyone else, despite being six weeks post hip surgery.

Over those 29 years, River Cleanup has removed nearly 730,000 pounds of trash, recycled 2,917 barrels and another 1,766 tires with the help of 6,651 volunteers. WIZM is proud to help by sponsoring the 30th annual cleanup.

Last year, River Cleanup had its biggest turnout with over 440 volunteers.

Wilson hopes they can break that record again when they meet at four different spots (below) in the area to remove whatever it is they find from 8 a.m.-noon. Volunteers can signup here.

Early on, Wilson told the La Crosse Talk PM audience it was steel barrels they were pulling up — hundreds of them. Possibly because no effort had been made before that to clean up the waterways.

“Those were a really big problem,” Wilson said. “The early years, when we had River Cleanup, we were picking up a couple hundred, 250 some years, of steel barrels, in addition to all the other garbage that we pick up. But we don’t see those steel barrels any more. The volunteers have pretty much cleaned all of those up.”

Now, however, it’s plastic barrels, they’ll find. A lot of them used to help float boathouses, but aren’t secured during storms. But, Wilson noted, you never know what else gets pulled up.

“They pulled out a truck axle with dooleys — you know, with two tires on each side,” he said of one team on a pontoon boat. “It was a real old truck axle from, must have been an accident on the interstate there. The axle and tires were still down in the water and they somehow were able to pull that thing out and get it into the boat. That was amazing.”

Speaking of pontoons, Wilson said anyone volunteering that can bring a boat would be much appreciated. They might be the most important part of helping the cause. For everyone else, prepare to get dirty. But the more volunteers that show up, the more ground — and water — they can cover.

“We can send folks below the dam at Lake Neshonoc, even, in West Salem,” Wilson said. “All the rabbit trails in La Crosse. The different canoe landings. Any place, the parking accesses to the river, the boat landing, those areas are notorious for people driving in and just dumping junk off.”

After the cleanup is complete, there will be a party with food drinks and door prizes provided by River Cleanup at the Copeland Shelter from noon – 2 p.m. Volunteers will also get a free t-shirt.