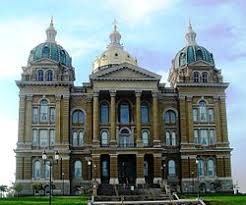 DES MOINES, Iowa (AP) — Iowa House Republicans on Monday proposed eliminating retirement income taxes, a move that would cost the state about $2 billion in revenue over the first six years.

The proposal is part of efforts to encourage retirees to remain in Iowa rather than move to other states, said Rep. Gary Mohr, chairman of the House Appropriations Committee.

“There’s a lot of people in Iowa who move out of Iowa once they retire, particularly where I live, and frankly I’d like to stop that outmigration as quickly as possible,” said Mohr, of Bettendorf.

Mohr said data from the Iowa Public Employees Retirement System shows Florida and Texas — both states without an income tax — are top destinations for Iowa retirees in the system.

Nebraska, Illinois and Missouri also are among the top states to attract retired Iowans, Mohr said, but it’s unclear what role taxes plays in those decisions.

Mohr said Iowa “could afford that right now and that’s why I decided for me this is a priority.”

Iowa Gov. Kim Reynolds has a similar proposal, though it would start next year. Mohr’s bill would begin this year.

Democratic leaders said they’re concerned that the package of income tax cuts proposed by Republicans would help wealthier Iowans much more than lower-income residents, though Reynolds said her plan would retain some deductions to help the lowest income levels.

The Republican governor has also proposed income tax rate cuts over the next four years that would result in a 4% state flat tax by 2026. That plan would reduce state revenue by an estimated $1.58 billion by 2026.

Senate Democratic Leader Zach Wahls said last week that people who are on fixed incomes have told him they’re more concerned about rising property taxes, which he contends should be more of a focus for lawmakers.