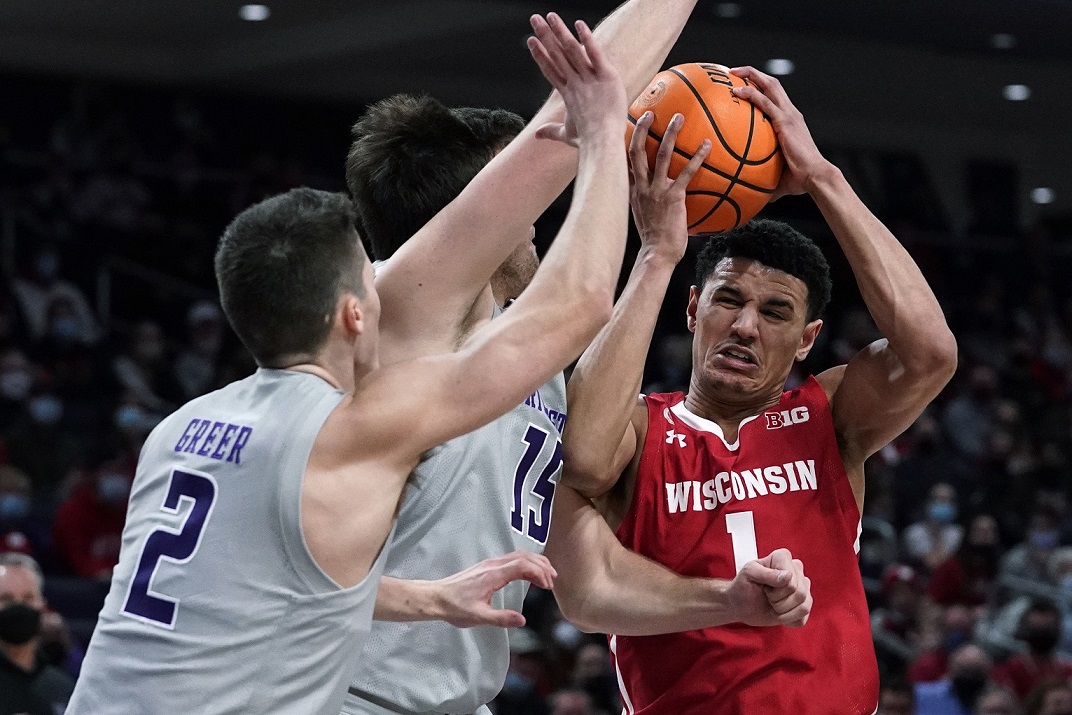 Johnny Davis broke out of his mini slump Tuesday, nailing 4 of 5 from deep in scoring 27 points, leading the University of Wisconsin men’s basketball team to a win.

The eighth-ranked Badgers held off Northwestern 82-76, for their seventh consecutive win.

The Badgers, perhaps a little bias, tweeted Davis was the best player in college basketball.

College basketball reporter Andy Katz, who has nearly 500,000 followers on Twitter retweeted the Badgers, adding, “He’s had 3 national player of the year games: 30 in a win over Houston. 37 in a win at Purdue. 27 tonight in a win at Northwestern. Hey, men’s college basketball fans/teams/stakeholders, your current favorite for the @NaismithTrophy is Johnny Davis.”

The Naismith award is presented each year to the most outstanding college basketball players.

That was a big season for the Badgers, who had college basketball’s player of the year in Frank Kaminsky.

All the Badgers did that season was go 36-4 led by Kaminsky, Sam Dekker and another La Crosse native, Bronson Koenig. They beat top-seeded, undefeated Kentucky in the Final Four but lost to Grayson Allen and Duke in the championship.

Now, it looks like the Badgers have another player of the year nominee.

Davis, Tuesday night, scored 17 of his 27 in the second half, finishing 8-for-15 from the field with eight rebounds, three steals, two assists and three turnovers.

The La Crosse native came in shooting 29.7% from the field, going 2-for-12 from beyond the arc in his past two games.

The Badgers have scored at least 70 points in every game during their win streak.

Wisconsin gets No. 14 Michigan State on Friday at the Kohl Center.