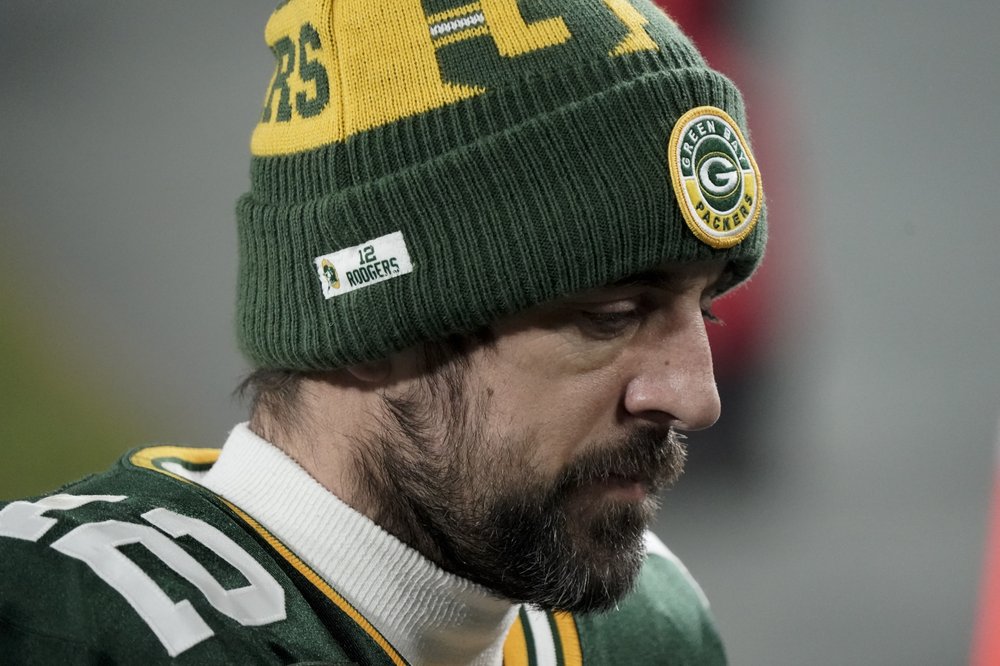 Aaron Rodgers says he won’t drag out any offseason decisions regarding his future with the Green Bay Packers.

Rodgers, 38, said he would make a decision after talking to his loved ones as well as team officials such as CEO/President Mark Murphy, general manager Brian Gutekunst and executive vice president/director of football operations Russ Ball.

“I’m just savoring this year as much as anything,” Rodgers said Wednesday. “It won’t be something where I’ll drag it out for months and months. … I’m not going to hold the team back from anything and once I commit – and if it’s committing to move forward here – it will be a quick decision.”

That would represent a change from the most recent offseason, when Rodgers skipped the Packers’ organized team activities and mandatory minicamp in a standoff with team management before reporting to training camp.

Rodgers said he hadn’t ruled out anything, whether it be returning to Green Bay next year, trying to play elsewhere, or even retiring. Rodgers has spent his entire career with the Packers, who selected him with the 24th overall pick in the 2005 draft.

“I think that I’m just enjoying this season for this season,” Rodgers said.

Rodgers noted he wanted to remain effective as long as he was playing. The reigning MVP certainly has done that by throwing 16 touchdown passes and no interceptions over his last five games while dealing with a toe injury that has limited his practice time.

“Wanting to not be a bum on the way out and to still be able to play, I think, is important to me,’ Rodgers said. “If this year has taught me anything, it’s that I still can play, I still have a love for the game, I’m still super competitive and still enjoy the process of the week. I miss practice and it’s tough to not be out there week after week now, but I still do love competing and I love being out there.”

Rodgers’ contract was restructured last summer, making it likely the Packers will either extend him or trade him before the 2022 season due to salary cap considerations. Wide receiver Davante Adams, a 2020 All-Pro, has an expiring contract and says Rodgers’ situation could factor into his own decision.

“We’ll see how everything plays out,” Adams said. “But to a certain extent, I will be connected with 12. It’s just not like, if he goes, I’m not going to be here, or if he stays, I will. It’s something we’ll have to pay attention to, for sure.”

When Rodgers reported to camp, he discussed at a news conference his issues with the organization. At the time, Rodgers said he wanted to have a voice in the decision-making process and believed the organization didn’t treat departing high-character veterans with enough respect.

Since then, Rodgers has praised moves the Packers have made to improve the team, such as the summer addition of linebacker De’Vondre Campbell and the October signing of cornerback Rasul Douglas off the Arizona Cardinals practice squad. Campbell is the Packers’ leading tackler. Douglas is a Pro Bowl alternate with a team-high five interceptions.

The Packers also reacquired wide receiver Randall Cobb from the Houston Texans at the start of training camp. Gutekunst acknowledged that move was made at Rodgers’ suggestion.

“I do appreciate a lot of the things that I’ve seen from the team that are directly related to conversations we had in the offseason, and that was meaningful to me,” Rodgers said. “I’ve enjoyed being a part of conversations that directly affect my job, which I talked about in the offseason, and Brian’s taken the lead in that, and I do appreciate the way our relationship has grown.”

Rodgers said having Cobb as a teammate again “has made this year exponentially greater for me as far as happiness.”

NOTES: CB Jaire Alexander has been activated from injured reserve, though that doesn’t necessarily mean he’s about to return to action. OT David Bakhtiari was activated from injured reserve Nov. 10 and still hasn’t made his season debut. Alexander hasn’t played since injuring his shoulder Oct. 3. “When he’s ready, then he’ll be available, but I think it’s just more or less making sure that everybody feels comfortable with where he’s at and making sure that he’s good for the long haul,” coach Matt LaFleur said. … S Henry Black, P Corey Bojorquez, TE Tyler Davis and DL Kingsley Keke went on the reserve/COVID-19 list. The Packers signed LB Aaron Adeoye, OT Adrian Ealy, CB Jayson Stanley and RB Kerrith Whyte to the practice squad. Stanley’s on the practice squad reserve/COVID-19 list. OL Cole Van Lanen was moved from the practice squad to the active roster as a COVID-19 replacement.