At least 24 tornadoes confirmed this week in Nebraska, Iowa 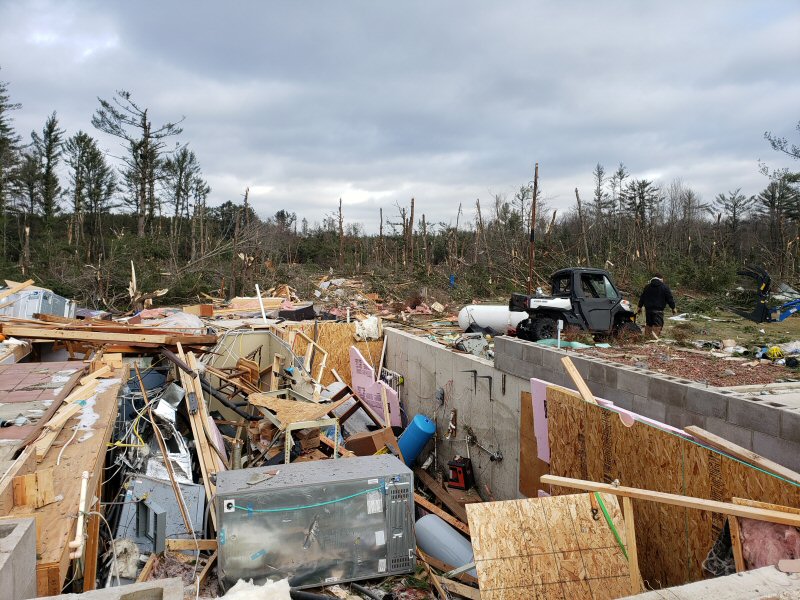 OMAHA, Neb. (AP) — At least two dozen tornadoes tore through parts of Nebraska and Iowa earlier this week as part of a powerful storm system that swept across the Great Plains and Midwest, and more are likely to be confirmed as teams continued to assess damage on the ground Friday, the National Weather Service said.

“It’s taking a while for the teams to assess,” said National Weather Service meteorologist Becky Kern, based in Valley, Nebraska. “There’s just such widespread damage to cover, plus we’re really limited on daylight hours.”

Storm assessment teams are used to having more daylight hours to work, because such devastating storms are usually seen in warmer months, when the sun is out longer. Wednesday’s line of powerful storms hit mid-December amid extremely warm conditions that spawned hurricane-force winds along with the tornadoes.

The confirmed tornadoes stretched across a path from south-central Nebraska to northeastern Iowa, and nine of them rated a strong EF2, with wind speeds of 111-135 mph (179-217.3 kph). The others were moderate EF1 or weak EF0 tornadoes.

Most of the tornadoes ravaged rural areas away from cities and towns, causing damage mostly to trees, power structures, farm buildings and equipment and some rural homes. But a few communities took direct hits, including Neola in western Iowa and Rudd in northeastern Iowa.

In Rudd, a tornado with peak winds of 110 mph (177 kph) caused significant damage, including downing power lines and trees, tearing roofs off some homes and the town’s library and severely damaging a church.

No significant injuries or fatalities were reported from the tornadoes, although at least five people died in the powerful Wednesday storm system that blew into the Plains from Colorado, sending gale-force winds across a swath from New Mexico to Minnesota, Wisconsin and upper Michigan. Four of of the deaths were weather-related traffic fatalities, including a semitrailer driver who was killed when strong winds toppled his truck in eastern Iowa.

In addition to the tornadoes in Nebraska and Iowa, at least two tornadoes were confirmed in southern Minnesota on Wednesday — the state’s first twisters on record in December.