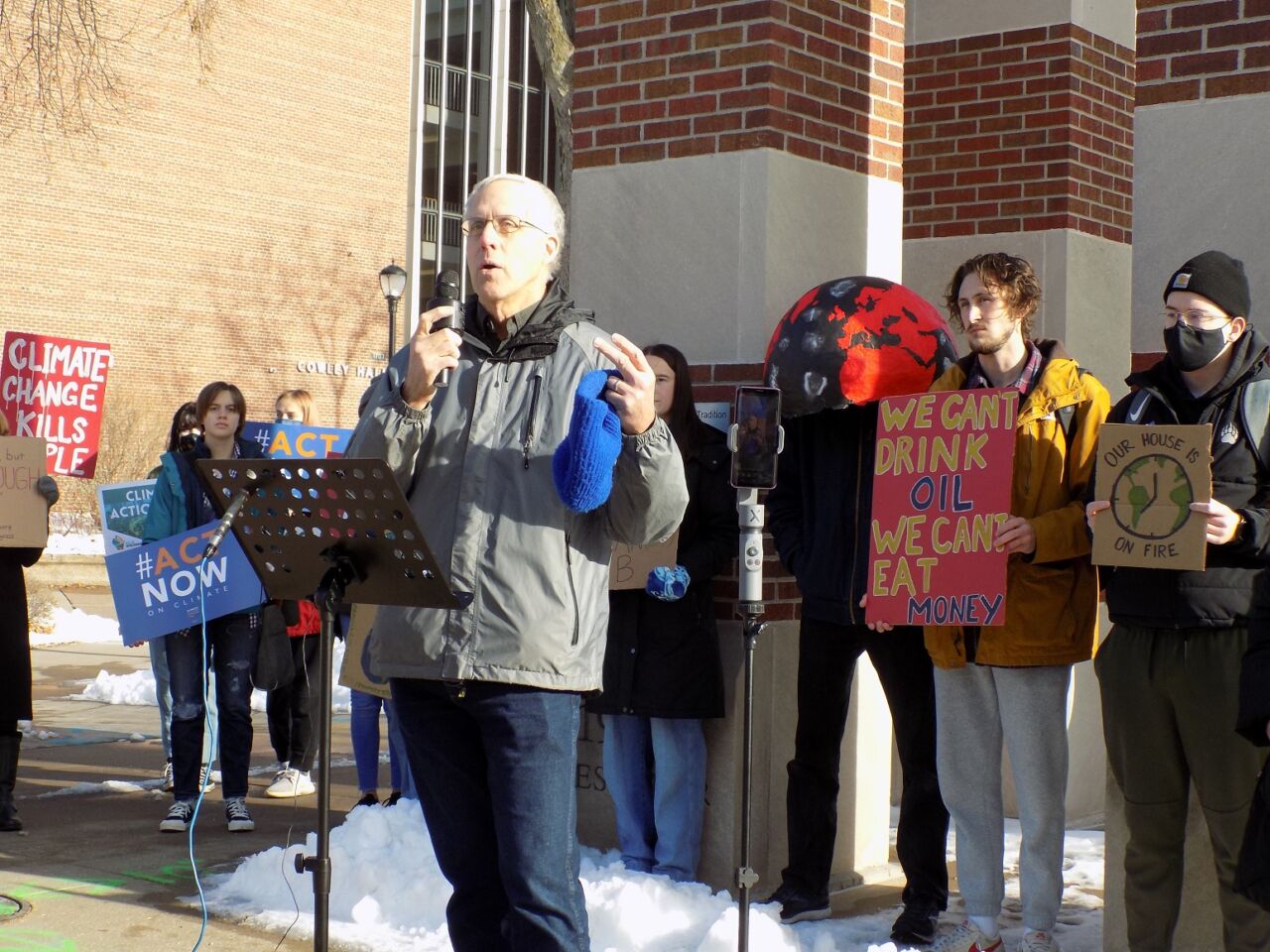 Many are blaming climate change for unusual weather conditions, but people taking part in a demonstration at the University of Wisconsin-La Crosse on Monday said it’s more than just a change.

Neumann spoke at a Citizen Action of Wisconsin rally at the campus clock tower, where about 30 were gathered.

Speakers argued that UW-L is the only campus in the UW System without its own sustainability coordinator. They also claimed Chancellor Joe Gow and other administrators ignored a student petition with over 1,7500 signatures, calling for a coordinator.

“We’ve had enough,” UW-L student and local activist Abby Siakpere said. “Climate action plans should have already been drafted, approved and implemented, because the research has already been done.”

Siakpere argued that the new Prairie Springs Science Center on campus was designed for research in areas such as climate change.

“Actions speak louder than words, and leaders, this is your time to take action,” she said. “Do something.”

Siakpere noted that La Crosse County formed a climate workshop group seven years ago, released a report and then dissolved the study group.