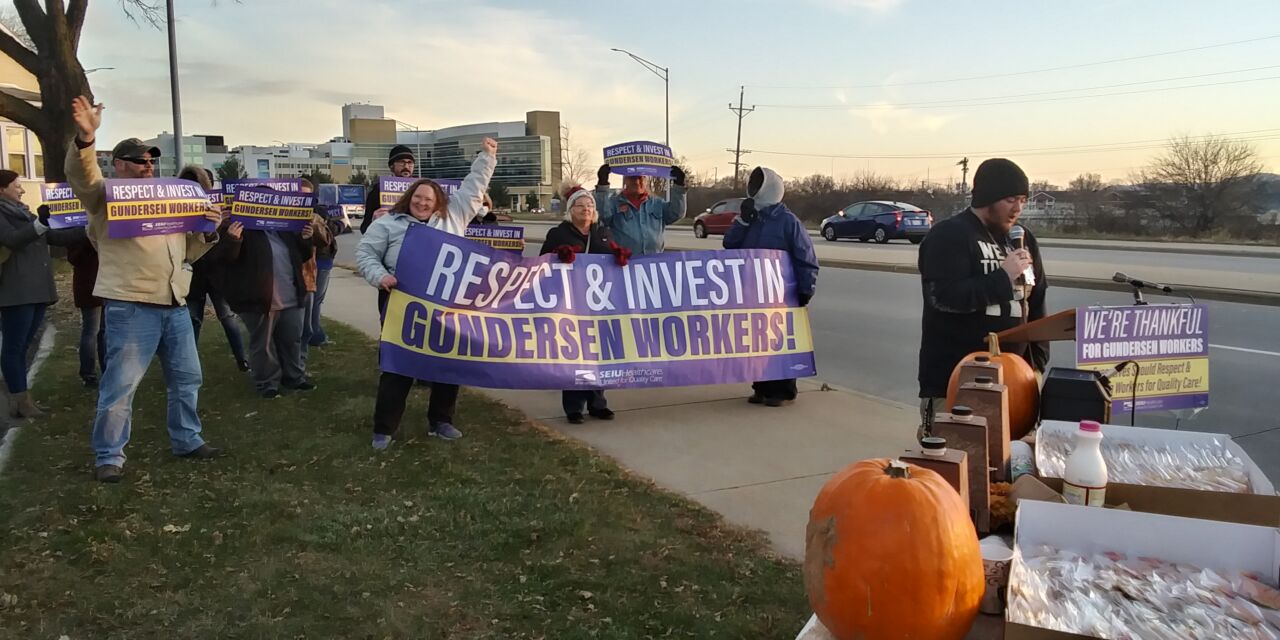 Several hospital employees in La Crosse say they’re not getting paid enough for the important work they do, while the medical center makes millions.

Just over a dozen people gathered along South Avenue near Gundersen Health System on Tuesday, calling for higher pay for healthcare workers.

The demonstrators argue that, although Gundersen has agreed to a $15 minimum wage, workers making more would only be offered a 1 percent raise per year.

Lance Helgeson, a dietary aide at Gundersen, wants higher wages for hospital employees who have been working hard throughout the pandemic.

Helgeson is upset that a shortage of workers has led Gundersen to close its cafeteria on weekends, which may force visitors to buy food from vending machines, instead of getting meals at the hospital.

Organizers of the event at Little Houska Park brought cookies and cider for Gundersen workers attending.