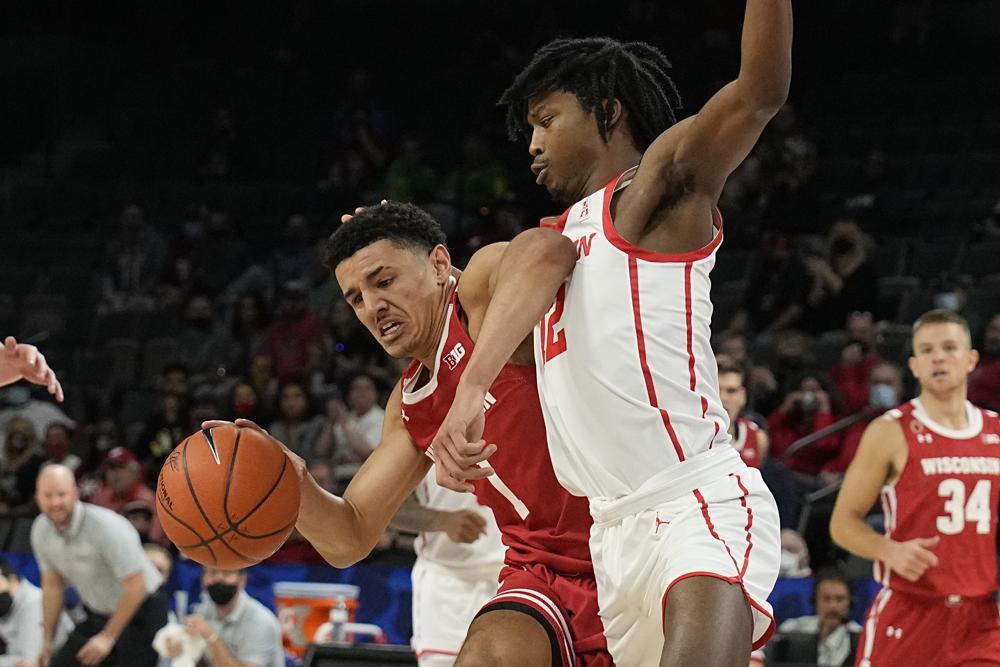 Wisconsin guard Johnny Davis (1) gets pressured by Houston guard Tramon Mark (12) in the first half during an NCAA college basketball game at the Maui Invitational in Las Vegas, Tuesday, Nov. 23, 2021. (AP Photo/Rick Scuteri)

The sophomore guard dropped 30 points in leading the University of Wisconsin men’s basketball team to a 65-63 win over No. 12 Houston in Round 2 of the Maui Invitational.

The 6-foot-5 guard was 10 of 18 from the field and 4 of 7 from deep. He also had four rebounds, four steals, two blocks, an assist and two turnovers.

The Badgers were up 40-20 at halftime but watched that lead slowly dwindle down. It was 55-52 Wisconsin before Davis hit two free throws, then got a steal and threw down a dunk to push the lead back to 59-52.

With 40 seconds to go Houston nailed a 3-pointer to pull within two.

The Badgers ran the clock down to 10 seconds, before Davis missed a jumper. Houston got the rebound but on the final possession had a miscommunication on a drive and dish, never getting a shot off.