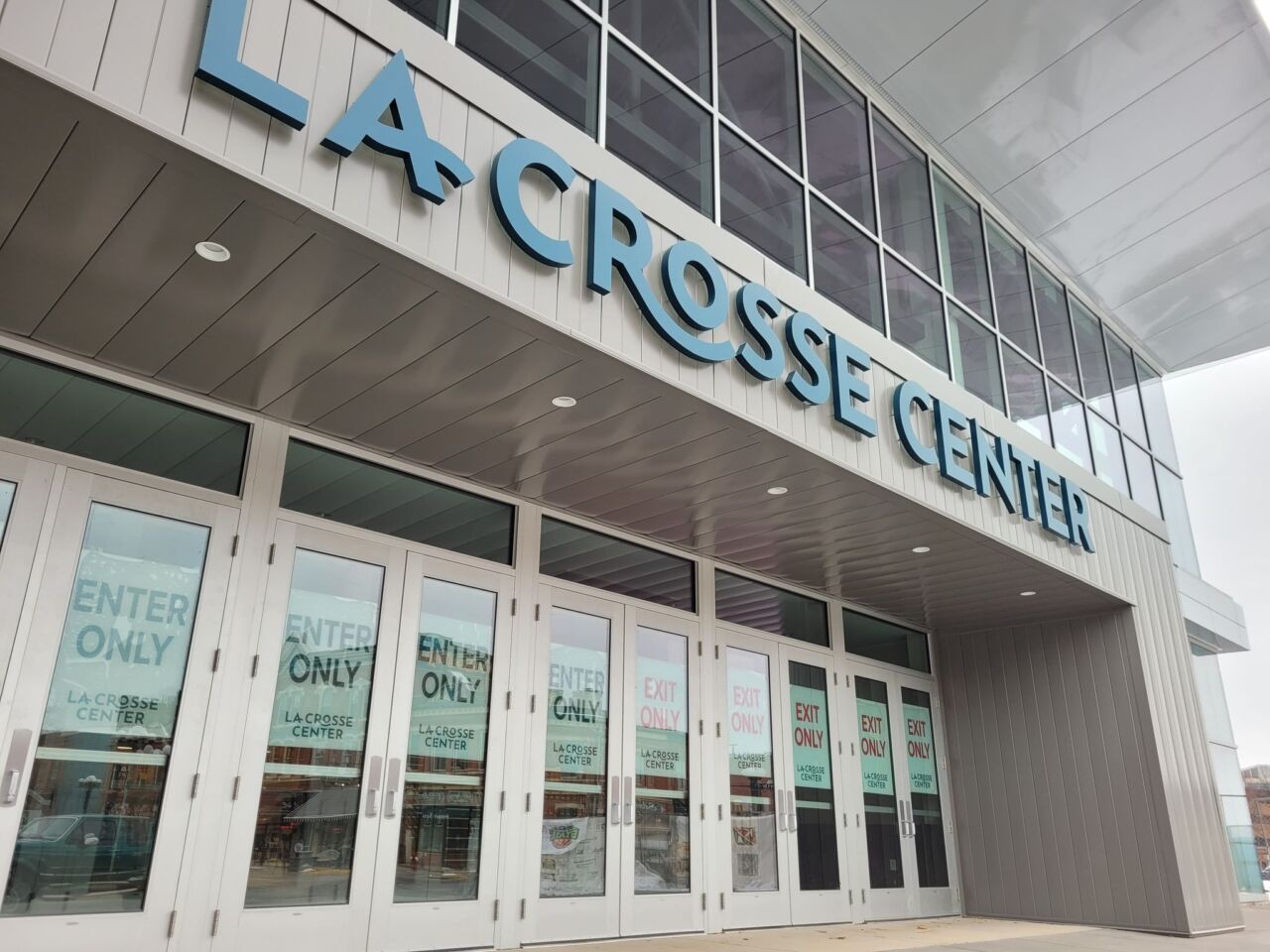 The city is exactly two weeks away from what La Crosse Center Board president Brent Smith called “getting the keys” to the building back.

Smith, on La Crosse Talk PM on Monday, discussed the ins and outs of getting here, as the city has a public open house planned from 4-7 p.m. Dec. 15.

With such a large price tag, Smith still does get questions on justifying $42 million.

“Pre-COVID and pre-construction, the economic impact was around $40 million a year,” Smith said. “This is something (study) the county and different people put together.

“It’s predicted that, with the expansion and the money that we’re now spending, (to) not only retain that but go up another $6 to $9 million a year.”

Another question officials get a lot on the new expansion is if there will be giant concerts. The answer is no. The big names look nice, but the Center was never going to be big enough to hold crowds like that, and it isn’t a good model to what they want to accomplish with the building.

Expansion or not, the best events at the Center might still be ones people least expect.

“Organic farmers would be No. 1,” Smith said of the MOSES Organic Farming Conference that happens in late February for three days. “Probably the sports show … is No. 2 — as far as using the whole building. Then it’s the darts and pool. Those are tremendously popular.”

The sports show, Smith speaks of, is the four-day La Crosse Boat Sports and Travel Show, which also happens in February.

But, it’s the dart and pool events popularity and profitability that still get a double take from people.

“It’s unbelievable, the 3-5 days that they are here every year,” Smith said. “When consultants were here, trying to plan the Center expansion, they said, ‘You need more conventions. They are going to be more profitable.’

The updates to the building are almost too long to list. The arena, the entire front entrance — inside and out — another 60,000 square feet of meeting space, a new North Hall, a ballroom with a view of Riverside Park and the Mississippi River, as well as an outdoor terrace, are among some of the changes.

“Everything is remodeled in there,” Smith said of the arena that just sold out a bull riding event last weekend. “The seats were 40 years old. Everything about the arena was 40 years old, so you can imagine it needed it. It looks very different. It’s a different feel, when you go in there today, than it was two years ago.”

Smith, who’s been on the board since 1990 and president since 1993, was asked if those new arena seats have cup holders. He laughed and said no, they do not, and clearly realized the whole project should be scrapped.

Speaking of actually being scrapped, Smith also talked about the original plan being thrown out, after public pushback and finally a veto by then-Mayor Tim Kabat because the expansion was going to be pushed right up near the Mississippi River, taking a big chunk or Riverside Park.

“Well, it was disappointing,” he said of that plan getting the veto. “We started talking about this in 2013. And here we are eight years later about ready to open up.

“So, we had spent a lot of time and thought that was the best plan. But the mayor had gotten a lot of feedback from a lot of different sources. He thought we could still do a La Crosse Center, which we’ve done now, without going as much into the park.”

That veto also dropped the price from about $48 million to $42 million — and $5 million of that came from the state of Wisconsin.

That comes back to justifying that price tag.

A lot of people still talk about how and if the Center will be a big money maker for La Crosse, but Smith reiterated that’s not the point. The point is to bring people to the city, show off everything it has to offer — from the Center, to the rest of downtown, up to the Grandad Bluff and everything in between — and get those people to come back, if not move here.

However, Smith did add that it’s not as if running the Center is costing La Crosse money.

“We’ve been fortunate, except for those few years in the late 90s, to always be in the black,” he said. “We haven’t made a lot of money, but we’ve certainly stayed in the black.

“Are we there to make a profit of a million dollars every year for the Center for the city of La Crosse? No. We’re there to be as fiscally responsible as we can and to bring a lot of diverse events to the Center.”