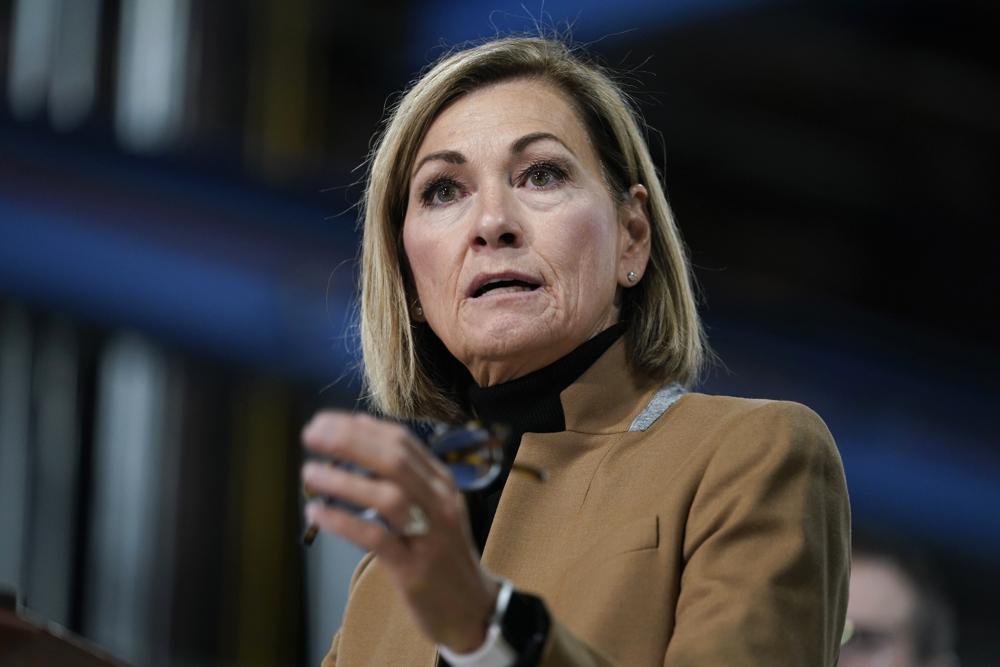 Unemployment payments could be frozen if unemployed workers fail to meet the new criteria, an Iowa Workforce Development spokesman said.

“Unemployment benefits were never intended to provide long-term support and with the current workforce shortage exacerbated by COVID Iowa cannot afford for workers to be disconnected from our state’s economy,” IWD Director Beth Townsend said at a news conference at which she and Reynolds announced the proposed changes expected to be enacted next year.

The event was held at Iowa Spring Manufacturing, a factory in Adel that manufactures springs for garage doors, agricultural equipment and other devices. Tim Bianco, the president and CEO of the company who attended the gathering, has donated to Reynolds and other Republican candidates.

Historically, Iowa workforce officials wait for unemployed people to come to them to request assistance, but given today’s high demand for workers, the state must be more proactive in helping the unemployed get back to work, she said.

Reynolds was among several Republican governors to cut off extended federal unemployment benefits to jobless workers last spring. The state ended the additional $300-a-week unemployment payment in June even though it was scheduled to run through early September.

Reynolds said the benefits were causing a labor shortage — a charge echoed by conservative groups and Republican governors in Alabama, Arkansas, Montana and South Carolina.

Data released in September by the U.S. Department of Labor suggested there was little difference in job growth in states that ended benefits early and those that kept the benefits in place.

Townsend said the agency will hire 18 more workers to meet with and monitor the progress of unemployed Iowans.

“Reynolds’ idea of having the government assign jobs to Iowa workers is all wrong,” Boulton said.

He said the state should be partnering with underemployed and unemployed Iowans to help them find the right jobs for them and their families.