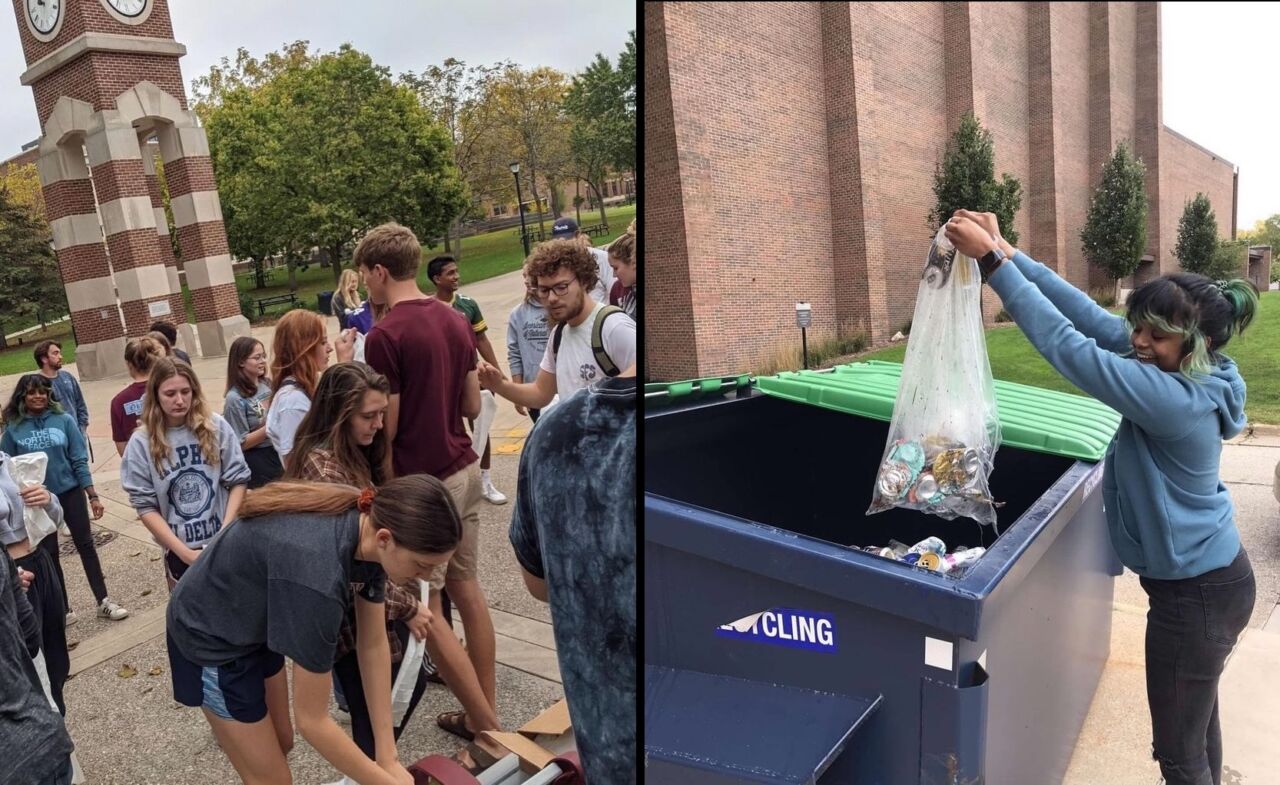 Oktoberfest in La Crosse may be four days, but for one group in the city, cleanup started early.

While Sunday, Oct. 3, was the official final day of Oktoberfest town, a University of Wisconsin-La Crosse group called “Students For Sustainability” met that final day to clean up the streets surrounding campus.

Students for Sustainability (SFS) is a student-led organization at UW-L that focuses on creating a positive environmental impact in the community and creating projects such as composting, e-waste disposal sites for students, trash pick-ups, reusable to-go containers and much more.

Approximately 50 students attended the event, most of whom were members of the organization.

The group filled 60-70 bags of trash and was able to recycle two-thirds of it.

SFS have been organizing an Oktoberfest cleanup for as long as the students can remember — so at least the past four years.

The cleanup is important to the group.

“We (as students) see firsthand how much waste is created during Oktoberfest,” SFS member Veronica Sannes said, “and we all know how important it is to dispose of that waste properly. It also brings our community together in a really great way.”

Sannes also explained that she wanted to participate in the cleanup after “being disheartened” from seeing all the trash on the streets year after year during Oktoberfest.

SFS member Ben Zess echoed this saying, “There are few better feelings than cleaning up a whole street of trash and looking at it afterwards completely clean.”

The La Crosse Police Department put out a “calls for service” report last week covering the four-day Oktoberfest. Police took 925 calls and issued 106 citations. Seventy of those tickets were for public urination. One was for littering — someone throwing an alcoholic beverage out of their car.

While the streets during Oktoberfest are particularly bad, Sannes wants people to know there is an easy solution — just don’t dump your trash.

“Anyone can pick up trash at any time to make our community look more beautiful and protect our waterways,” Sannes said. “Or, even better, people should not be throwing their trash on the streets.

“We aren’t children that need to have other people clean up after us. College (students) and the community at large are adults and should clean up after their own messes by properly disposing of their waste.”