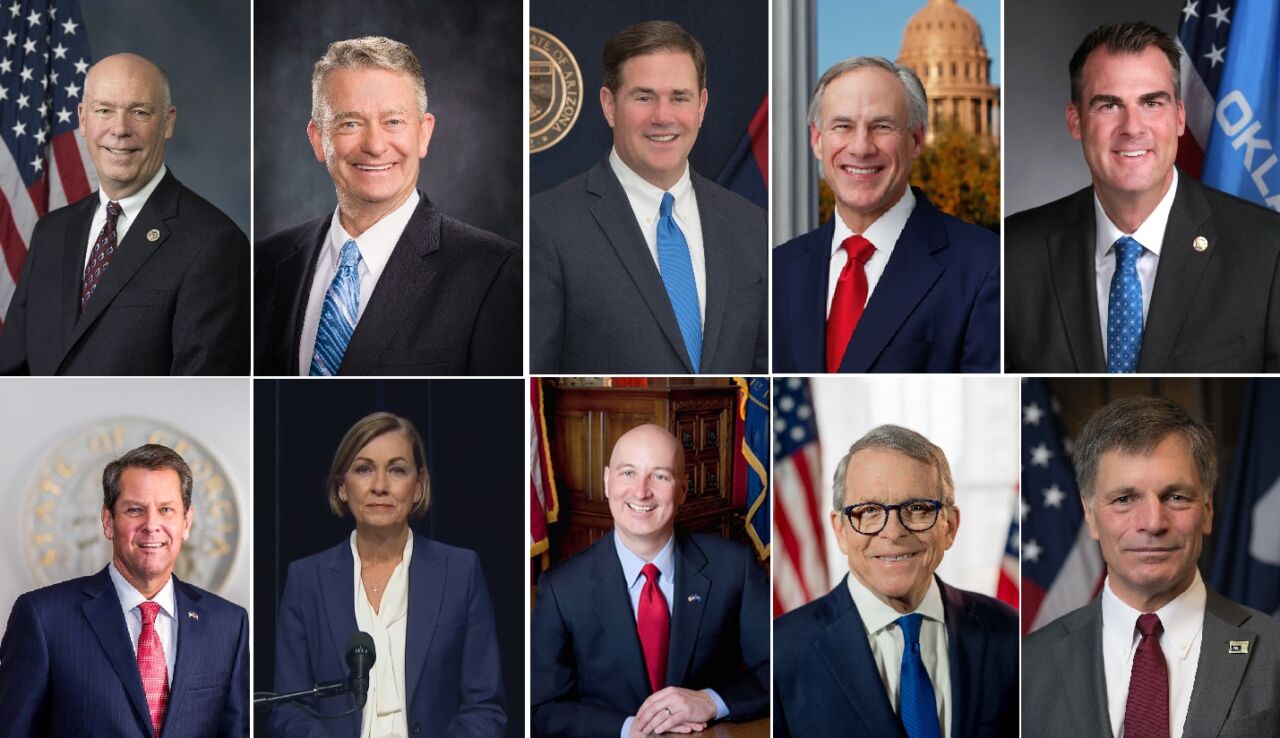 The governors, who gathered in Texas, called on Biden to take a number of actions, including building a border wall supported by former Republican President Donald Trump, requiring those seeking asylum to remain in Mexico instead of being allowed into the U.S. and prohibiting the entry of anyone who potentially poses a health risk.

Iowa Democratic Party Chair Ross Wilburn said in a statement that Reynolds’ trip to the border was nothing more “than a political stunt and a distraction from her failed leadership.”

Reynolds bristled when asked if the trip was more about politics than confronting immigration issues.

“No it’s not a political stunt,” she said. “This is the real thing. Biden owns this. This is a self-inflicted crisis. He overturned all the policies that worked.”

“We are here today to shine a light on what is going on here at the southern border and how it is impacting all of our states not just the state of Texas,” he said.