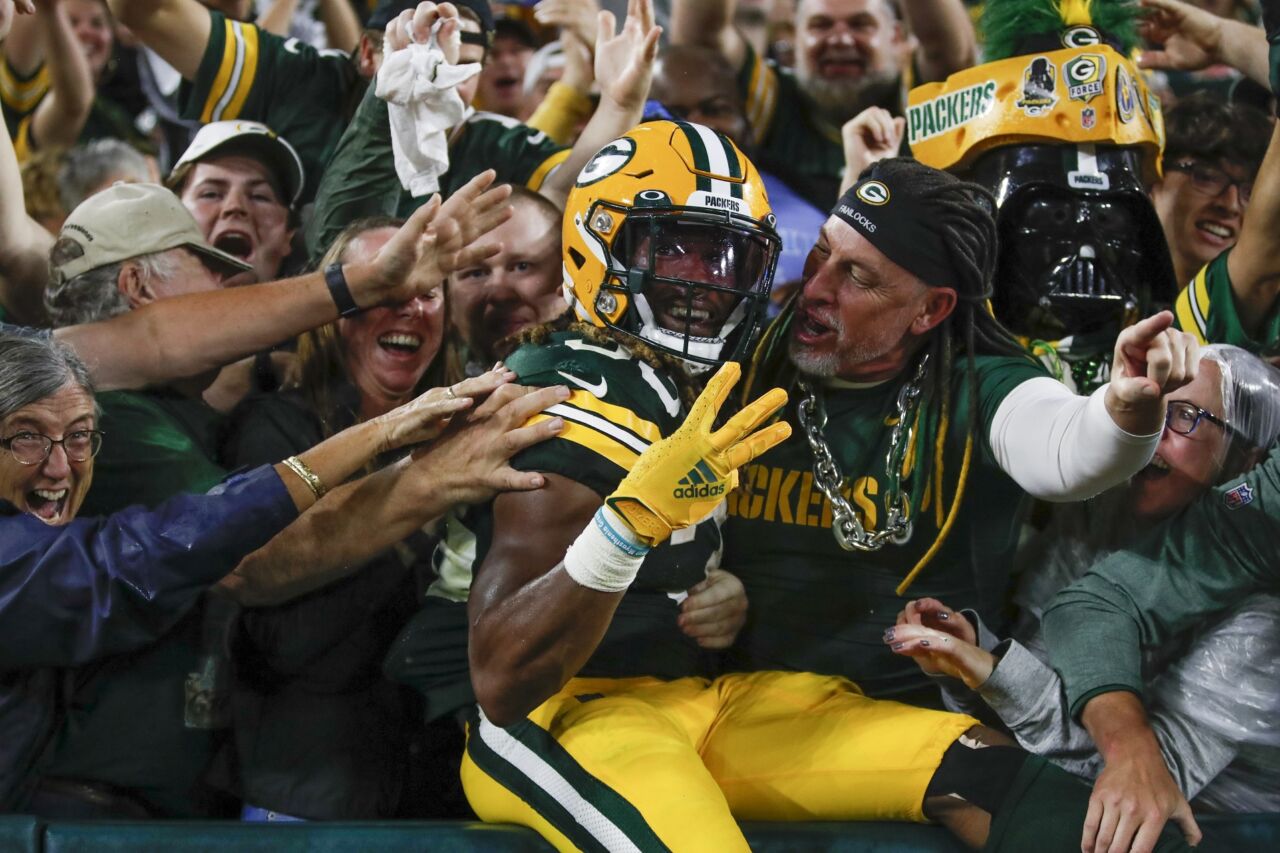 All of Green Bay is probably on the lookout.

If you didn’t hear the story yet, after the Green Bay Packers 35-17 win over the Detroit Lions, running back Aaron Jones lost a very special necklace.

The 26-year-old running back’s father passed away back in April, at the age of 56, due to COVID-19 complications.

In Jones’ necklace were ashes of his father. He figured he lost it after one of his four touchdowns last night.

It was only recently that Jones opened up about his father’s death. He said Alvin Jones Sr., never missed one of his games. Last night’s, against the Detroit Lions, being the first one at Lambeau Field.

“I think the grounds crew is about to go out there and look right now,” he said after the game. “But if there was any place to lose it, that’s where my dad would’ve wanted me to lose it, so I know he’s smiling.”

But, while Alvin Sr., wasn’t in his usual spot in the end zone Monday night, there were 15 of his son’s closest family and friends in attendance, including Aaron Jones’ mother, Vurgess, brother, Alvin Jr., and son, Aaron Jr.

“He’s been through a lot,” Aaron Rodgers said of his running back. “He’s a great human being. He adds a lot to our team as just a player. He’s an exceptional player. I was teasing him in training camp when he missed a few days in a row. It’s just different when you watch the film when 33’s back there.”

Along with those four touchdowns, Jones had 67 yards rushing and 48 more receiving. He also became the first Packers running back since Andy Uram in 1942 to catch three touchdown passes in a game.