Eagle statue hit some snags, but should be back at Riverside entrance soon 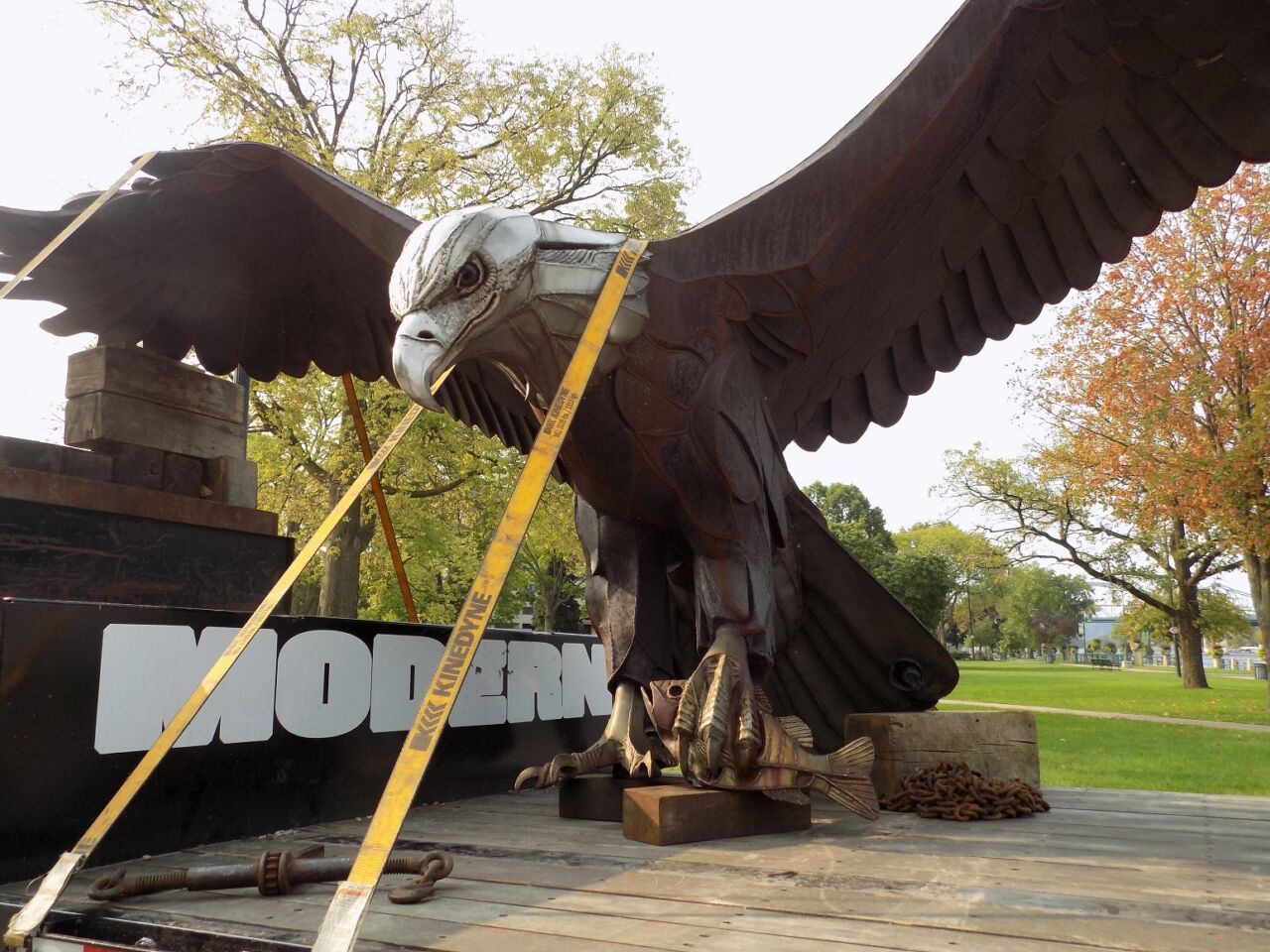 It’s nearly a year since the eagle sculpture, that highlights the entrance to Riverside Park in La Crosse, was taken down.

The giant metal base, bird of prey and pedestal were loaded onto a truck to get, what was estimated as, $150,000 worth of restoration.

Jared Flick, with the city’s parks and rec. department said Thursday on La Crosse Talk PM that it won’t be long now, before the 34-year-old statue is overlooking the park again.

“It’s coming soon,” he said. “We’re really excited about it. We’ve always said that we’re not going to announce a date because we’re waiting for the person that’s working on it to fix it up and get it down. But it should be done real soon.”

The city’s Arts Board said back in April the statue was going to be back by early summer. Apparently, there were some snags for the eagle that’s grabbing a fish, while perched on a tree trunk.

“Every time you work on something that’s that old,” Flick said, “and has been in the elements for that long, as soon as you start taking it apart and putting it together, there are things that come up.”

The statue’s removal last Sept. 15, came a month after the Hiawatha statue was taken down from the north side of Riverside Park.

Also discussed with Flick on WIZM were the transient docks on the north side of the park, and the big boat docks that should be going in at some point on the south side or Riverside.

Flick also gave an update on some public input sessions on what to do with the Fish Hatchery building and how the remodel was going inside.