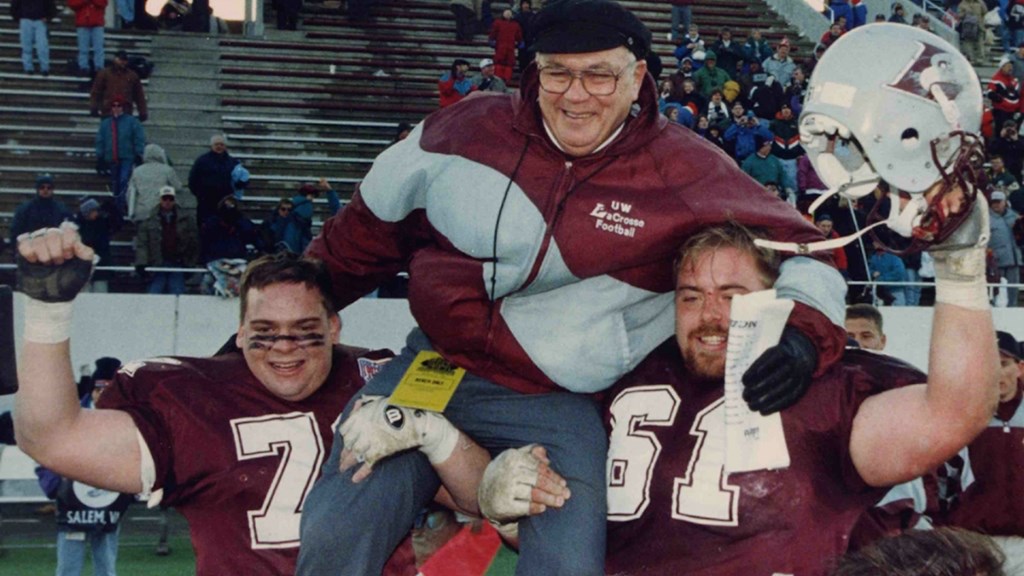 ESPN named Harring one of the Top 150 Greatest College Football Coaches back in 2019 — coming in 92nd on the list and two spots behind Wisconsin Badgers legend Barry Alvarez. Harring’s 261 victories (261-75-7) ranks 17th all-time, at any collegiate level.

Harring entered the College Football Hall of Fame in 2005.

He earned his bachelor’s degree in physical education from UWL in 1958. He earned two football letters (1955-56).

The Eagles football facility was remodeled and named after the legendary coach in 2009 — Roger Harring Stadium at Veterans Memorial Field Sports Complex.