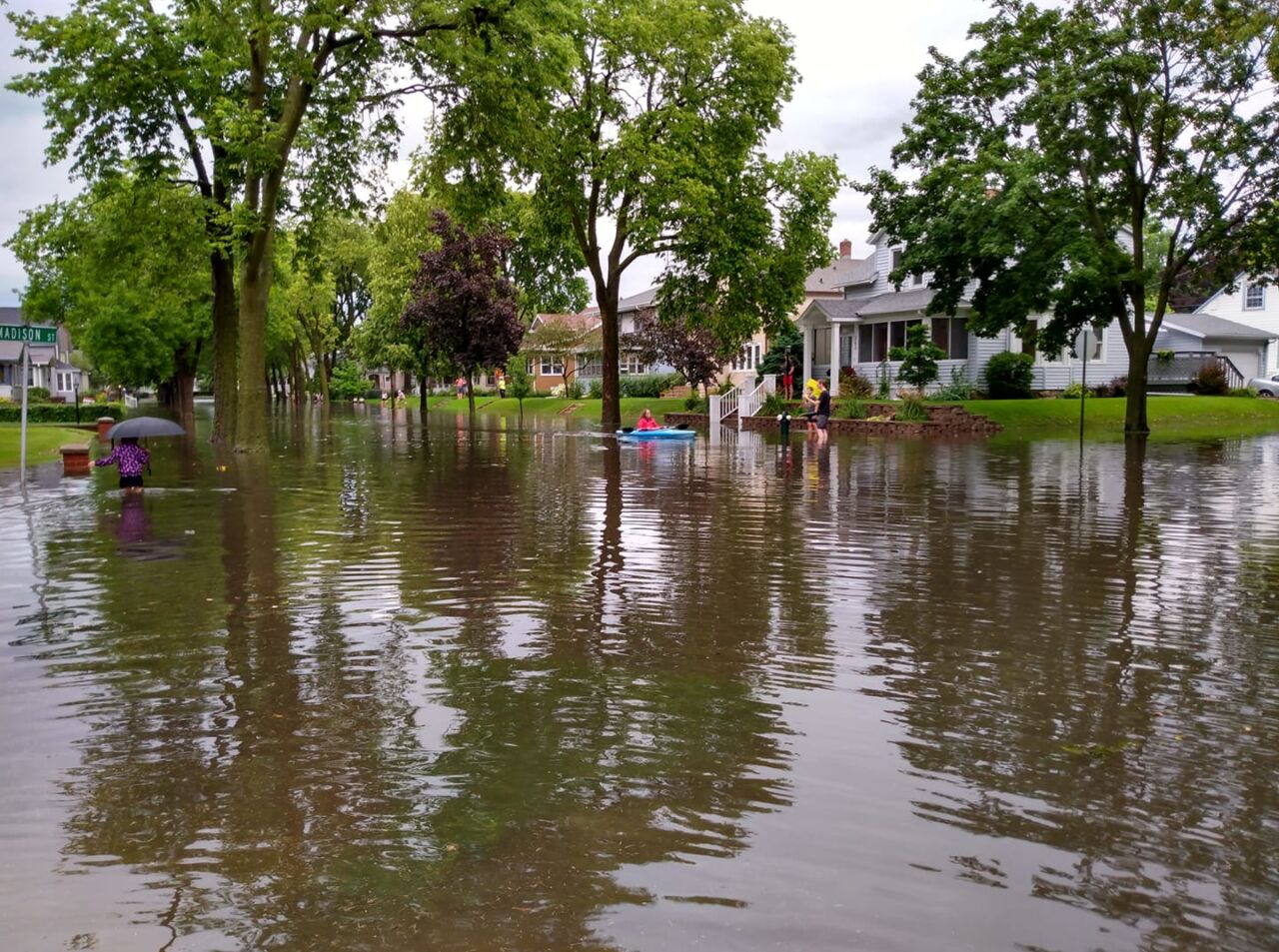 A single-day record for rain over the weekend led to a lot of flooding — again — throughout the city of La Crosse.

It isn’t the first time the streets have turned into tributaries to the Mississippi and Black rivers, and that’s left many questioning if it’s a problem with storm drains and sewers or just a lot of rain.

“When you get 2.5 inches in a half an hour or an hour, that’s enough rain to overwhelm the system,” Mayor Mitch Reynolds said Monday on La Crosse Talk PM. “That’s just the way it is and both of those most recent rain events were exactly like that.”

Reynolds said the city is working on various ways to evolve with an ever-changing weather pattern.

“We are continuously updating our stormwater sewer system, so that we can effectively and efficiently move water out of the city, once it comes down off the bluffs, essentially,” Reynolds said. “That amount of water, obviously, it just creates this urgency to get that done as quickly as possible.

“It’s a process,” he later added. “We’re trying to keep up. But, again, these are heavier rain events that we’ve ever seen, especially consecutive like this.”

Saturday’s 5.9 inches of rain set an all-time record in the city, which has records dating back to 1884. The city saw 7.27 inches Saturday and Sunday, making it the wettest two-day period on record in La Crosse. That beat the previous record set in October of 1900.

Reynolds added the city is also trying to promote more natural ways to alleviate flooding, so residents aren’t kayaking down the street multiple times a year.

“One of the reasons why we’ve taken action in the past and continue to take action to mitigate the amount of stormwater that actually goes into the system is so that we don’t have this street flooding situation that we do,” Reynolds said. “If we can find more ways to mitigate that through porous parking surfaces, or rain gardens or other features like that. The more we do that, the better off we’ll be.”

While the city updates what it can, when it can, it is also waiting on the Wisconsin Department of Transportation.

“In relation to the infrastructure, there are changes that are coming that will help with some of those lower rain events,” Reynolds said. “A lot of folks looking at that area around Losey Blvd. and Pine Street and things like that. In that area, that flooding, when we redo La Crosse Street — that state project — when that gets done, there is some collapse in some of those pipes down there. Once we clear that out, that should help considerably.”

That project is roughly on the Wisconsin DOT’s calendar for 2022 — a project that runs from Oakland Street to Losey Boulevard.